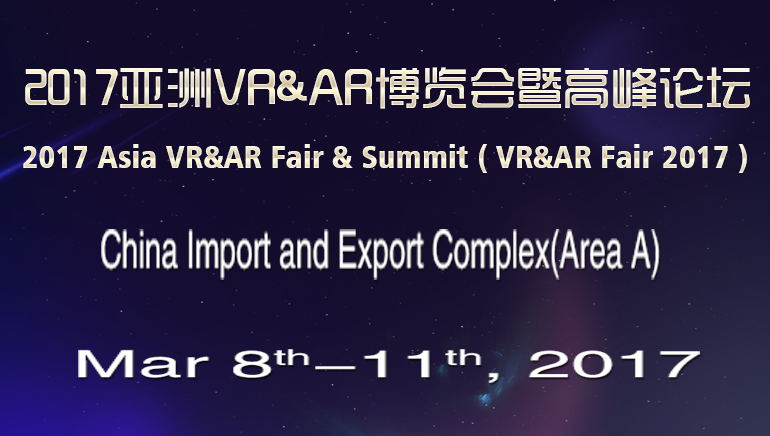 The wild popularity of VR & AR in China will make Asia the hub of VR product development.

The inaugural Asia VR & AR Fair & Summit (VR & AR Fair 2017) is set to launch March 8th-11th, 2017 at the China Import and Export Fair Complex in Guangzhou China at a time when the VR industry is at its most intriguing.

Though the world’s innovation center for VR and AR technology remains America, Asia is expected to replace the States as the global leader for AR/VR revenue share by 2020 due to  China’s almost rabid demand.

China behavior statistics indicate that 68.5% of people aged 15-39 people have heard of VR or have great interest in it. With 418 million members of this age group currently in China, this puts the number of potential users in China at 286 million people.

The location in China positions the fair as a tantalizing business opportunity, with the first edition of VR & AR Fair 2017 set to serve as a global demonstration platform for the latest ground-breaking VR & AR products by hosting 200 international exhibitors on an exhibition floor of 10,000㎡.

VR & AR Fair 2017 is to be held concurrently with China Guangzhou International Leisure & Recreation Expo 2017 to maximize the applications for VR & AR that attendees will experience, including in areas of game and amusement, KTV, movie, billiards, and more.

Driven by the rapid emergence of smart phones, research estimates that China’s VR market size will expand to 1.2 million by the end of 2016, while by the end of 2020, the annual shipment of China’s VR products will serve over 25 million users. VR & AR Fair 2017 will position attendees to harness that market first.