AstroBoomers: To the Moon is New from FunFair Games 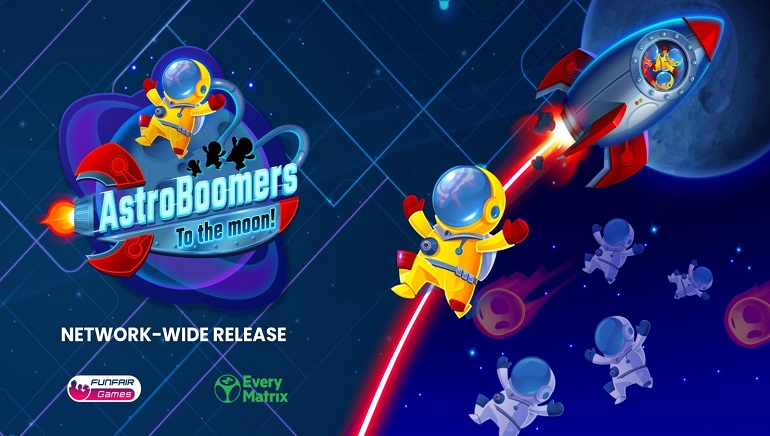 FunFair has developed AstroBoomers: To the Moon as a crash game that will be available from May 2021 on the Betsson network.

Fundamentally, AstroBoomers adopts a cartoon style with a space theme and it functions like a crash game in which multiple players can compete in a real-time, interactive environment. Amid the fast-paced and volatile action, there are multiple rounds and the ability to trigger a 250,000x multiplier.

However, it can all be lost if the player does not jump off in time and the rocket crashes into one of the many inbound threats that have been included to shake up the action. Because this is a multiplayer game, the user is required to place their bets before the countdown timer reaches zero.

The user has the option of placing up to three bets on each round, with auto-eject options included among the features. After assigning a betting value, the user can choose an auto-eject target in which they cash out with any winnings once a specific multiplier has been reached.

FunFair Games has also produced video slots, with the first release being Fergus O’Fun’s Shamrock Treasures slot from January 2021. Switching from the Irish theme, FunFair’s Cyber Hunter 2080 slot adopts a sci-fi theme that is reminiscent of the 2004 movie ‘I, Robot’, which starred Will Smith.