Battery Up! China is the Place in August for the Power Supply 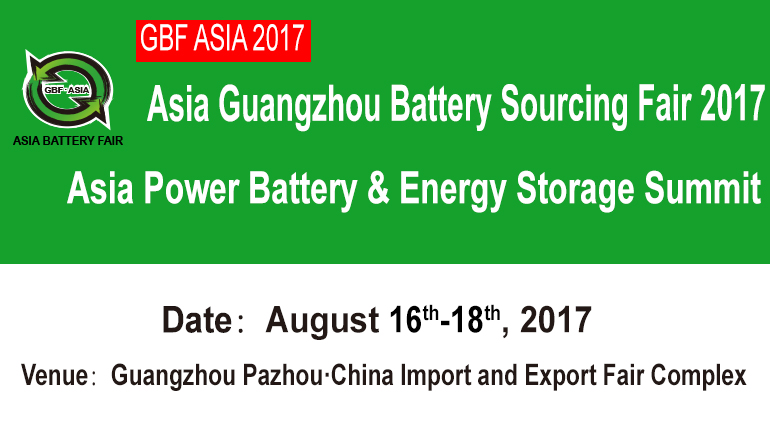 GBF Asia 2017 is chance to meet the power suppliers of the tech world.

The battery show is back!

Supercharge On the Way

Yes, you heard right, the 2nd Asia (Guangzhou) Battery Sourcing Fair 2017 is coming back more relevant than ever!

The professional demonstration and battery trade platform in China, GBF Asia 2017 brings together thousands of top managers, scientists, technicians, among the industry representatives on hand to integrate other sectors who can be raised up y the topics covered at GBF Asia 2017.

To be held at August 16th to 18th at China Import& Export Fair Complex, the event comes strong on the heels of the introductory conference last year, with 130 exhibitors already signed up, representing a jump of 62.5% with the event still a full two months away!

The momentum of the signups has GBF organizers projecting total the full exhibitor list to top out at somewhere in the range of 250.

Batteries are Important Too!

We tend not to think about it so much on the front end, but batteries are still powering the devices which project and deliver iGaming to the world.

At this point, battery-related battery products including manufacturing, equipment, testing devices, battery and packing materials will accounting for 72% of presentations and exhibits at GBF Asia 2017, making the event the ideal one-stop purchase platform for battery manufacturers!

Leading exhibitors from a variety of sectors include Jinming Technology in the   Manufacturing Equipment Sector; Honer in the Testing Devices sector; HuaHui in the Battery Materials sector; and Andeli in the Packing Materials sector.

Exhibitor in the Spotlight

A spotlight exhibitor at GBF Asia is Tianjin Lishen Battery Joint-Stock Co., Ltd.  With over 1,600 independent intellectual property rights and patents exemplifying all manner of world-class technology and quality, Lishen has forged a worldwide reputation through prominent partnerships with leading global tech brands including Apple, Samsung, Dell, HP, Huawei, Lenovo, and Geely, and will be welcoming visitors at Booths A545-552.

The rock stars of battery supplies may not be known to the world, but they are supporting most every vital tech process in the world today. GBS Asia 2017 is your chance to meet them personally and forge buyer relationships!