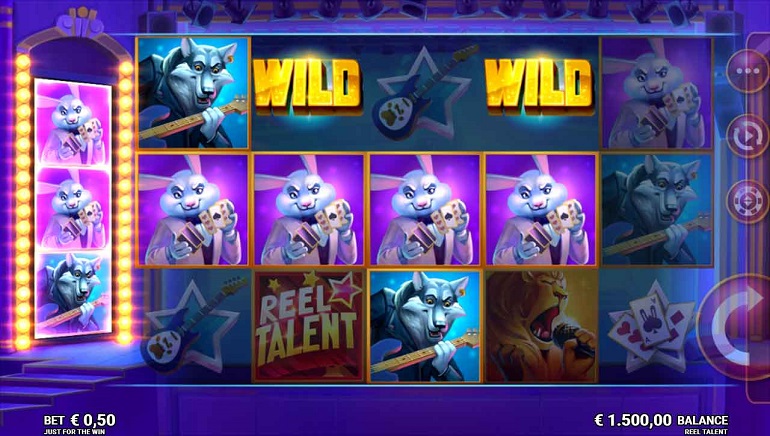 The Reel Talent slot offers frequent big wins and plenty of action in the base game, promising a lot of entertainment with its novel and unique Superspin features.

The latest slot developed by Just For The Win (JFTW) exclusively for Microgaming has been released under the name Reel Talent and it invites players to get involved in the battle of talents competing for their spot on the big stage. The game features dazzling graphics and entertaining features, promising a lot of excitement and frequent big wins along the way.

Glittering Show on the Reels

Reels of the slot are set on a blue background and there is no lack of sound and visual effects in the game. Shiny animations and loud sounds celebrating wins all help set the stage in Reel Talent, inviting players to really get involved with the whole experience.

According to JFTW developers, Reel Talent is the slot with the highest frequency of big wins in their portfolio. This is achieved through a series of exciting features that aren't hard to trigger and come loaded with potential.

Collecting three of the same symbols triggers the Solo Performance Superspin, where all reels are filled just by the collected symbol, basically guaranteeing a big win.

The Reel Talent slot has been released today and players interested in checking it out can do so at a number of major online casinos powered by Microgaming.