Battle Werewolves in New The Wolf's Bane Slot by NetEnt 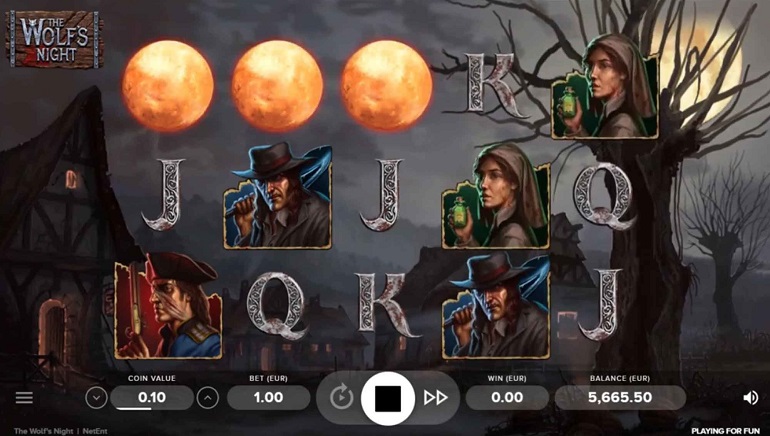 The Wolf's Bane slot offers a simple and straightforward gameplay and high quality graphics for the fans of more traditional approach to slot design.

Chilling stories about vampires, werewolves, and other creatures of the night never go out of style and will always have its audience. Banking on this fact, NetEnt has released yet another slot based on a horror theme. This time around, it is a game called The Wolf's Bane, a simple but entertaining slot with 5 reels, 10 paylines, and the RTP of 96.74%.

Save the Village From Werewolves

The new slot by NetEnt takes players inside a small village riddled by werewolves. These creatures come out at night to plague the place and it is up to the player to try and stop them. As expected from NetEnt, the game has high quality graphics that go with the story and features symbols such as werewolves, villagers, soldiers, and full moon scatters.

As mentioned, this is a fairly simple slot as it doesn't have many special dynamics. With ten paylines across the standard 5x3 grid and just a couple of bonus features, it is best-suited for those who enjoy a more traditional approach to slots.

The first feature in The Wolf's Bane slot is triggered by landing three bonus symbols on reels 1, 3, and 5, represented by a man holding a crossbow. This is a quick and simple pick & click feature, awarding the prize of up to 50x the player's stake.

The second, more exciting feature, is free spins, triggered by three or more full moon scatters. Players are awarded 10, 20, or 30 spins, depending on the number of triggering scatters, and one of four special wild features: regular, spreading, expanding, or multiplying wilds.

All in all, The Wolf's Bane doesn't bring all that much new to the table and it is quite similar to some of previous NetEnt's releases. That said, although the game doesn't have potential to produce huge wins that seem to be the theme of many slots released these days, it is still well worth checking out.