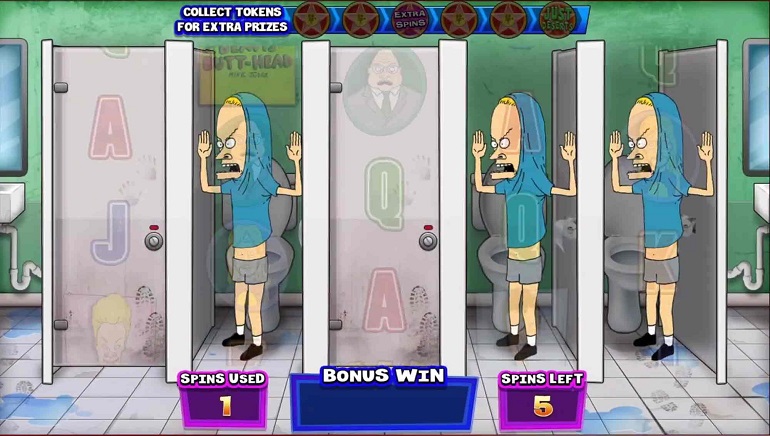 Find out what the new Beavis and Butt-Head slot from Blueprint Gaming is going to be like, including the design and special features.

Beavis and Butt-Head™ were front and centre as part of the MTV generation that spread across the world in the 1990s. Devised by the crudely funny mind of Mike Judge, Beavis and Butt-Head was a TV show that combined rock music videos with cartoon adventures that were rude and most certainly not suitable for children.

This is not the first time Blueprint Gaming has developed video slots that are inspired by entertainment franchises. Past examples have included hit slots such as The Goonies, Ted, Spinal Tap, Inspector Gadget, The Naked Gun, Worms Reloaded, Top Cat, and Mars Attacks!

Blueprint Gaming has reached back into the past and struck a deal that has allowed the software provider to develop a Beavis and Butt-Head slot. In announcing the June 2019 release, Blueprint has revealed that the slot game will include an array of classic moments that came from the show.

As for the design, the five-reel slot shows Beavis and Butt-Head sitting on their iconic, crumby sofa watching TV. The screen is used to depict Beavis and Butthead along with the various other characters, playing cards, and special features that have been utilised as symbols to run the game.

Beavis and Butt-Head were renowned for their slow, obnoxious laughs and Blueprint has included a special feature that utilises the character trait. If the pair start laughing, then this will cause one of seven modifiers to trigger, including Die and So Nacho, Die Fly, Cornholio Wilds, Colossal Couch Fishing, and Butt Flambé, among others.

In Beavis and Butt-Head, three or more bonus symbols can trigger another special feature. In fact, there are six possible bonus rounds to benefit from, with the standout perks being Just Deserts. And this entails the pair standing around in hot weather and players getting the chance to gain prizes.