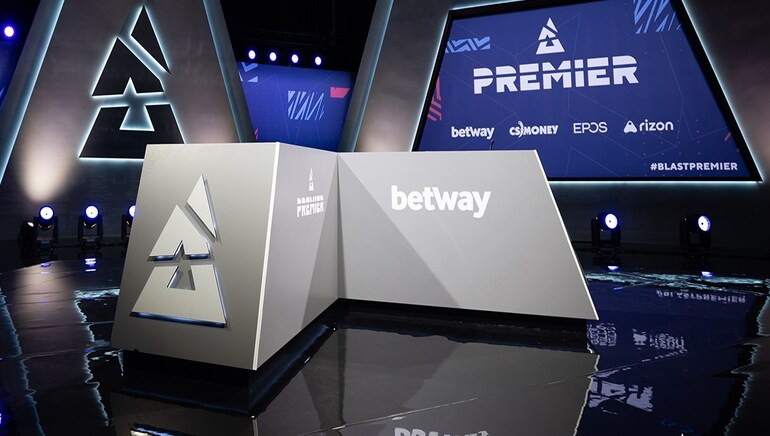 An important esports-iGaming partnership has been extended between Betway and BLAST.

The two-year extension between the online bookmaker and the Counter-Strike tournament organiser now officially concludes at the end of the 2023 season.

The primary playable custom maps for players and fans underpinning the deal will display Betway branding across the full slate of seven BLAST Premier events in 2022 and will include
broadcast content integration; social giveaways; and fan-led activations.

BLAST will also exclusively own and offer the Power Picks Prediction segment.

BLAST Head of Brand Partnerships Oliver Clarke expressed his organisation's thrill at inking the extension, which will take the agreement into its fifth year:

“It highlights the symbiotic relationship we’ve built over this time, with Betway playing an integral role in the BLAST Premier experience.”

Clarke further lauded the faith and loyalty of Betway throughout the partnership:

“Their unwavering support for esports and Counter-Strike in recent times is hugely commendable.”

Over the next two years, Clarke looked forward to adding “focus on premium content and fan-led experiences.”

Betway is a major catch for the credibility and growth of BLAST, after Betway established a pre-existing strong presence with other esports groups including NIP, BIG, and G2 Esports.

“Over the past three years, we have worked incredibly hard with the team at BLAST to create an innovative and synonymous partnership which leads the market within the esports sector.”

As an emerging global esports network dedicated to world class entertainment experiences, BLAST has expanded from its Scandinavian roots quite effectively through a myriad of engagement offerings. From self-styled intimate broadcast studio shows to arena events to digital platforms to top-class multi-platform content, BLAST is forging a reputation for end-to-end high stimulation gaming experiences.

The latest deal with Betway aligns BLAST with a powerful ally that should increase the sustainability of the growth of BLAST's and esports within iGaming.