Bet Live on the Diamond Jubilee Stakes at Royal Ascot 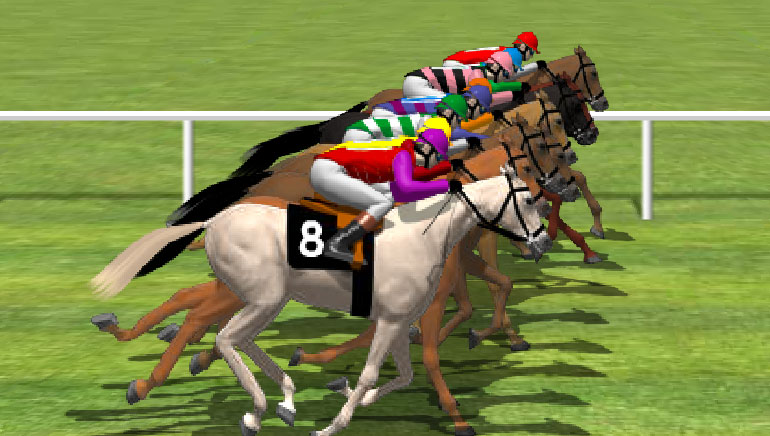 The Diamond Jubilee Stakes is the headline race for the final day of Royal Ascot 2014, taking place 4:25pm UK time.

Originally called the All-Aged Stakes, the Diamond Jubilee Stakes was established back in 1868. It's a Group 1 six furlong sprint (1,200m) open to thoroughbred horses aged three or older, with a total prize money pool worth £525,000, the winner getting £297,727. The race is a true spectacle to watch and it's certain to draw thousands of racegoers today, as they watch a maximum number of 28 horses running the sprint. The large field in which this race takes place creates a potential for some long odds winners, like last year's winner, Lethal Force, who shunned his competitors when he came in first with 11/1 odds, ridden by jockey Adam Kirby.

One of the clear favorite for this race, Sole Power, will not be in attendance today after a decision by his trainer and jockey, however Sole Power might try his luck again at the July Cup at Newmarket, a race which he had finished fifth last year. Another tough competitor who's out for this race is the Australian champion sprinter Zoustar who has been ruled out due to injury. The absence of these two opens the betting markets for some interesting lesser-known competitors.

Closely covering this year's Royal Ascot, Winner Sports will offer bets on all of today's races including the Diamond Jubilee Stakes. Some favorites for today include Slade Power (4/1), Aljamaaheer (6/1) and Gordon Lord Byron (9/1). Look for the latest odds before placing your bet. Don't miss out on this exciting chase – it's going to be royally exciting!