Bet on Must-Win Matches this Week in the Nations League

The first half of the group stage matches at the Nations League is scheduled to end this week and the main favorites are under tremendous pressure to pick up first wins.

Nothing is yet settled in the three groups of the Nations League and key matches are scheduled in the second half of this week. Top contenders are still trying to lock in a spot that will guarantee their presence in the playoffs. At this stage of the competition, there is no room for error and you can bet on these must-win games at bet365 sports and 1xBet.

France and Croatia were expected to crush the competition in Group 1, but so far both are disappointing. France can bounce back and overtake Austria if they defeat them on the road. Odds of 9/10 at bet365 sports indicate a high likelihood for that to happen, while an Austrian upset win gets offs of 7/2.

Denmark is the revelation of Group 1, after winning back-to-back matches against Austria and France. Each match ended 2-1 and the Danish hope for a similar outcome against Croatia. Risk-averse punters can bet on a straight win at odds of 9/10 or can take a leap of faith with Croatia at 7/2.

Spain and Switzerland are on the brink of elimination after failing to win a single match. The former world and European champions are still in the race, but they need a win over Switzerland. This outcome is priced at 9/10 by bet365, while the home side gets odds of 3/1 to pick up their first win this campaign.

The Czech Republic is undefeated in Group 2 and one more win would be enough to secure qualification. Their victory is priced at 7/1, but they would be perfectly happy with splitting points against Portugal. The hosts are the group leaders and they can consolidate their position if they convert the odds of 2/5.

Anything can happen in Group 3

Italy and England will recreate the Euro 2020 final, as the former are group leaders while the latter are one defeat away from elimination. England will have a home pitch advantage and they are massive favorites with odds at 3/4 while visiting Italy gets irresistible odds from 1xBet Sportsbook at 4/1 to win.

Germany is quickly becoming a major disappointment at the Nations League. The former world and European champions sit in third place and are winless. We expect this to change on the road and defeat Hungary, a result valued at 2/5, while another shocking home win is priced at 7/1.

The odds mentioned here were accurate at the featured bookmakers at the hour the article was written, respectively on Wednesday, June 8 at 11 A.M. UK time. 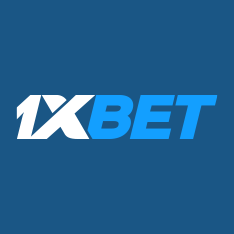