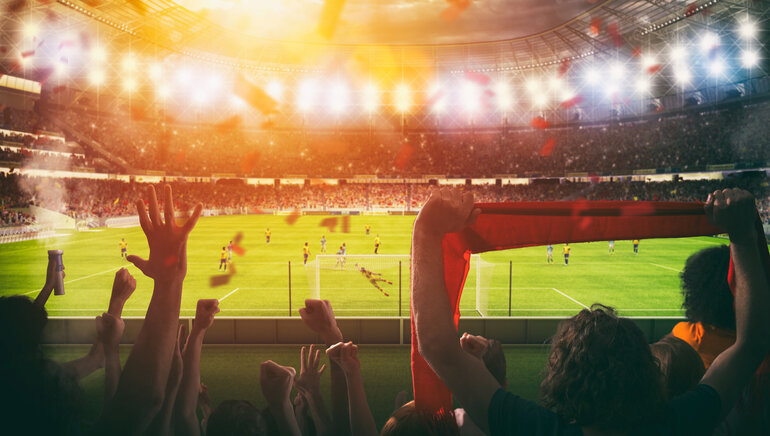 The Champions League playoffs are underway with exciting matches scheduled midweek, while the Cincinnati tournament showcases the best male and female tennis players.

One week from now, we will know the names of the teams to qualify for the Champions League groups in 2022. The first leg results will shed more light on the favorites, with some highly anticipated games scheduled for Tuesday and Wednesday. Tennis fans won’t run out of options either, as the tournament in Cincinnati brings the best ATP and WTA players into the spotlight. You can bet on all these sports events at 1xBet and bet365 sports and enjoy competitive odds pregame and live.

Slight Edge for Rangers and Copenhagen on Tuesday

Rangers are firing on all cylinders in the Scottish premier league, but they were on the verge of elimination from the Champions League qualifiers. Royal Union SG caused them plenty of headaches, but they are not as strong a team as PSV. Even so, the Scottish side is the slight favorite with odds of 3/2, while the Dutch champions are priced at 19/10 by bet365 sports. The same applies to the match between Copenhagen and Trabzon, where the hosts are slightly ahead but can’t underestimate the Turkish side.

Benfica and Crvena Zvezda Try to Lock Victories on the Road

Benfica will try to extend the 10-match winning streak with a victory against Dynamo Kyiv. They play on the road, but the Ukrainians don’t have a home pitch advantage either, as the match takes place in a neutral venue. The Portuguese side is much better, so the odds of 7/10 offered by bet365 sports are fully justified. An equally exciting game takes place on the same day at 8 PM UK time, between Maccabi Tel Aviv and Crvena Zvezda. These are aggressive offensive teams, so there is a high likelihood of many yellow cards.

The Cincinnati tournament is the first major event on hardcourt and a perfect warm-up for the US Open. On opening day, tennis fans will have the chance to see some of the most promising young players at work in evenly matched contests. Coric and Musetti have different playing styles, but both are in good form and the Italian is the narrow favorite. 1xBet offers odds of 7/10 on him to win and 6/5 on the Croatian player who returns after a long break caused by injuries.

Raducanu and Williams Play the Match of Two Generations

One of the most exciting matches in the women’s tournament is the one between the reigning U.S. Open Champion and the most successful player of all time. Emma Raducanu struggled to replicate her performance after winning the Grand Slam tournament but returns to US shores with high expectations. Serena Williams is on the verge of concluding her illustrious career and will throw everything she’s got at the youngster. We love the odds of 7/10 on Raducanu against a great champion that is in poor form.

The odds mentioned here were accurate at the featured bookmakers at the hour the article was written, respectively, on Monday, August 15 at 2 P.M. UK time.