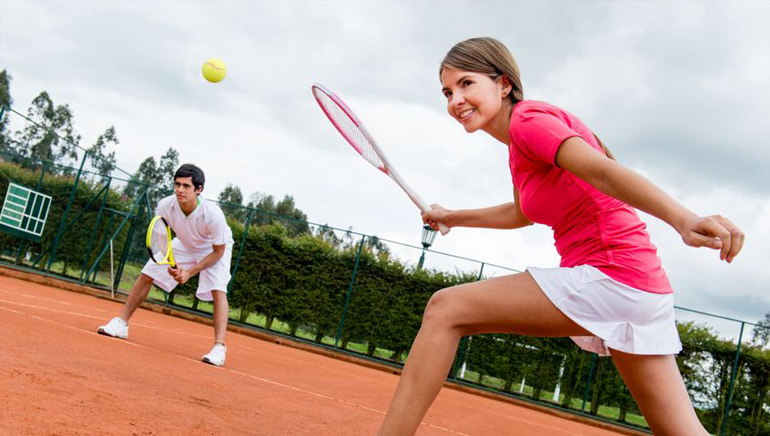 The Williams sisters face Makarova and Vesina today at 17:00 in the UK.

Serena Williams looks like she is in top form and could walk away from this year's US Open with a few more trophies to add to her already stunning collection.  Between Serena and her older sister Venus, every single professional women's tennis title has been theirs, and together they are tough to beat.

Today's match features the power duo will face Ekaterina Makarova and Elena Vesnina, the Russian women's team at Louis Armstrong stadium.  The odds are stacked against the Russians as the Williams' look unstoppable together.  The combination of power shots and speed that both Serena and Venus bring to the court is uncommon and more-often-than-not leaves opponents in the dust.

Road to the Quarterfinals

The William's sisters have been destroying their opponents in every match up until now.  Yesterday saw the Spanish duo of Muguruza and Navarro falling 6-1, 6-0 in a quick match.  Before that it was Kalashnikova and Saychuk losing 6-2, 6-1, while the sister's barely broke a sweat.  Will both the top 2 seeds ousted in round play, 3 seeds Venus and Serena might have an easier road that previously thought to the finals.

For Makarova and Vesina, it has been a more challenging path to the Quarterfinals.  Last match was against the American's King and Raymond and it was a long fought battle but in the end the Russians won 6-3, 7-6, 6-2.  The match today will truly be a test of both women's stamina and teamwork as the William's have their eyes on yet another US Open title.

The odds being offering by Winner Sports are closer than what might really be the outcome of today's match.  Currently, the Williams' are favorites by 1.28 to Makarova and Vesina's 3.40. Punters looking for additional US Open lines can check out Winner Sports and find markets on each match of the very last hard-hitting tennis grand slam of the season.