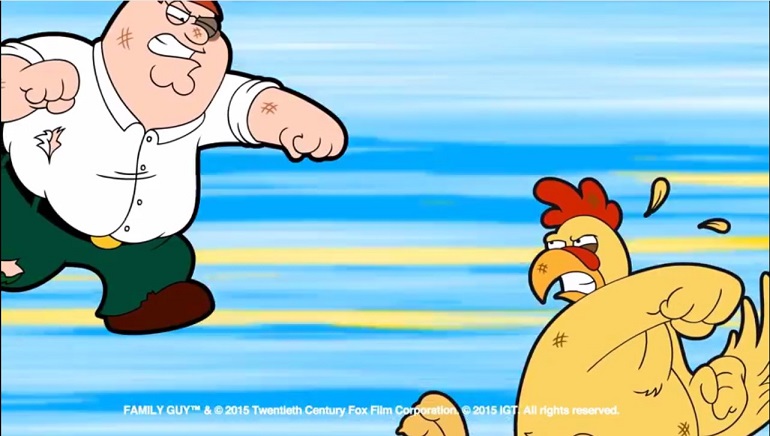 bet365 Games has revealed a brand new site design plus the release of an official Family Guy slot for players this holiday season.

Christmas is a time for keeping up appearances, which explains why bet365 Games has rolled out an impressive new visual upgrade to the site this time of the year. An array of improvements have been undertaken to enhance the overall experience. Players can now browse the various options and promotions easier thanks to the crisp, new design.

After the redesign, players can now fund the games quicker because they have been given the main focus. This allows for players to use helpful dropdown menus to view the various games by most plays, top ratings, highest jackpots, and new games. Players can even use an option to find alternative games that are similar to their favourite titles.

bet365 Games’ also seeks to involve players by calling upon them to rate the games, helping others to see which are the best to play. Another useful feature is the search functionality that enables players to simply type in a name to find a game in a split-second. All of those improvements have been added to a fully responsive site, meaning that players will have just as good an experience on smartphones or tablets as they would on laptops.

Family Guys is one of the funniest, crudest cartoons ever broadcast on TV. Now the hit show has been given the online casino treatment and is available in the form of a Family Guy slot. The slot is faithful to the cartoon and has just been released for players at bet365 Games.

Those who play will be able to trigger the Griffin Family Mystery Feature at random, with bonuses available for Peter, Lois, Brian, and Stewie. There is also a world domination bonus game that can be played with the insane Stewie. There is a wealth of silliness and humour injected in this official Family Guy slot now available at bet365 Games.