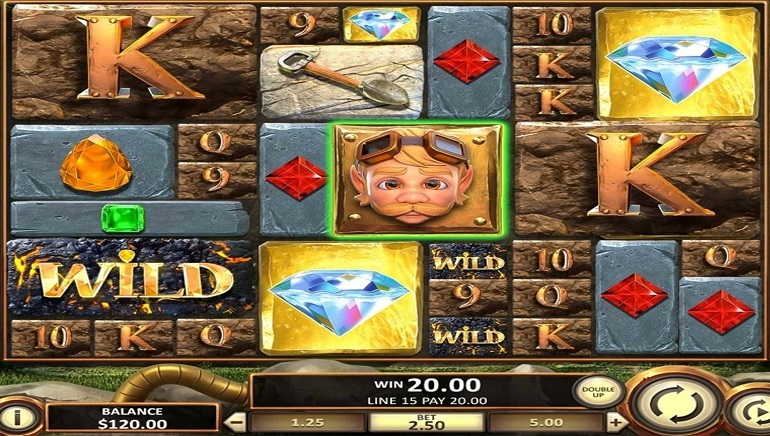 Betsoft has released Gemmed! as an enormous slot game with free spins and 40,503 ways of winning from an array of symbols.

Gemmed! is a sparkling new video slot release from Betsoft Gaming, the pioneer of the Slots3™ collection of 3D games. This latest creation promises to shake up the marketplace, having been designed as an amalgamation of video slot and computer game.

Once loaded, the Gemmed slot is situated in front of a tree on a bright, open meadow. In front of the tree is a complex interface that consists of nine reels by nine rows. There are potentially 81 symbol positions, but some of the images that land can take up larger squares.

Betsoft has revealed there’s a staggering 40,503 ways of winning. Ultimately, this is made possible when players connect chains of four or more symbols from left to right in adjacent reels. When trying to do so, the wagering begins at €0.10 and can be increased all the way up to €10.00.

Standard symbols are included with the lowest value, with the mid-value ones coming in with higher rewards for winning combinations. Towards the top are the high-value symbols, which glow to signify their superior value. Also of importance are the series of special symbols used to trigger the couple of bonus features.

Rainbow Wilds catch the eye and have been included with the power of substituting for missing symbols, but not the scatters, which are reserved for free spins. The colourful scatter gems can deliver winnings with four symbols, but five or more need to appear anywhere in order to gain free spins.

An optional mini-game is available for players who have won on their current turn. Before proceeding, it’s possible to tap on the “Double Up” button and commence the mini-game. This presents the choice of wagering all winnings or half winnings on the outcome of a coin toss. After winning, the option is available to try again for more.