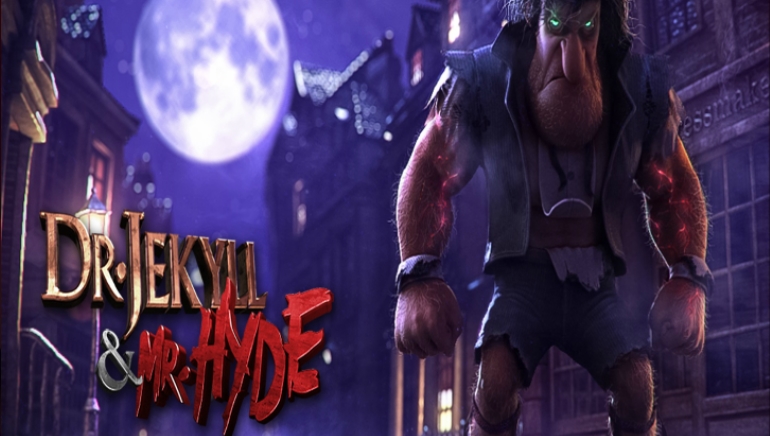 A 3D video slot with an exciting theme and filled with great features.

The classic horror tale of Dr. Jekyll and his evil alternate personality Mr. Hyde is very popular and BetSoft Gaming now brings the story to the spinning reels. This video slot uses the leading 3D cinematic gaming features from BetSoft to create an exciting new game which is part of the innovative Slots3 collection.

Dr. Jekyll & Mr. Hyde has 5 reels, 3 rows and 30 lines which help depict the old story in an animated way. As Dr. Jekyll tries to hide the secret which lies within him, he creates various potions meant to act as a cure but they do not work as intended and instead unleash his monstrous personality known as Mr. Hyde. As a player, you will be able to help him with the potions, run from the police and try to keep Mr. Hyde under control.

The game looks amazing and is set in a dark little apartment and on the streets of London. The animated characters appear alongside the reels as the doctor continues to look for a cure. Even the game interface is themed to match the style and it is also very easy to use.

The two symbols which have the biggest payouts are those depicting Dr. Jekyll and Mr. Hyde. There is also a Wild symbol which will appear on the first, third and fifth reels and will make for better combinations. This symbol also acts as a bonus trigger as three of them will begin the special round with the two characters.

Other symbols include the police officer looking to catch the monstrous Mr. Hyde, a locked door, a book with blood on it and more. There are two potions, a red and a blue one, in the game which can combine with the main characters for another bonus round and multipliers.

A Wealth Of Features in Betsoft's New Reels Of Wealth Slot