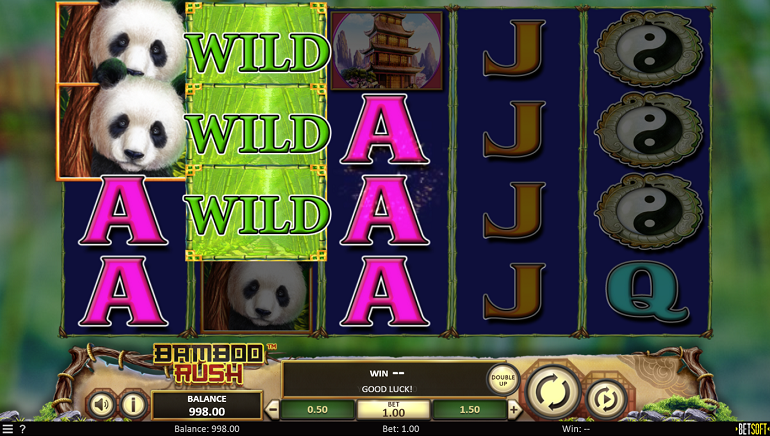 Betsoft's Red Dragon suite will focus on Asian audiences, but the mechanics behind the slots will be no different from the very high standards that characterize all Betsoft games.

Betsoft Gaming has announced that it will be rolling out a unique suite of Asia-focused games entitled the Red Dragon collection. The first slot, Bamboo Rush, was released this September. Following that, a new, localized slot will be released every month until the end of the year.

What We Can Expect from the Red Dragon

The Red Dragon suite will focus on Asian audiences, but the mechanics behind the slots will be no different from the very high standards that characterize all Betsoft games. Players can expect a unique cinematic style, intriguing themes, special features, and lots of action.

Annamaria Anastasi, Marketing Director, Betsoft Gaming, commented: “Our Red Dragon series of Asia-themed games is one of the highlights of our 2019 content calendar with three slots that will take players breath away from the very first spin.”

The first Red Dragon game is Bamboo Rush, which includes scatters, stacked wilds, and a free spins feature that offers up to 20 free spins. Symbols are stacked during the base game and free spins feature, and there’s a max win of 53,000x the stake in one spin.

Betsoft has given fans a little peek into what’s in store. Titles of future releases include Caishen's Arrival and Dragon & Phoenix, and they both feature fascinating themes and the potential for big wins.

Betsoft Gaming is a leading developer of cinematic casino content and gaming solutions. The company partners with more than 200 successful casino operators around the world and has a portfolio of more than 190 RNG titles. Betsoft was recently awarded the title of Best B2B Digital Product Solution at the annual G2E Asia Awards.