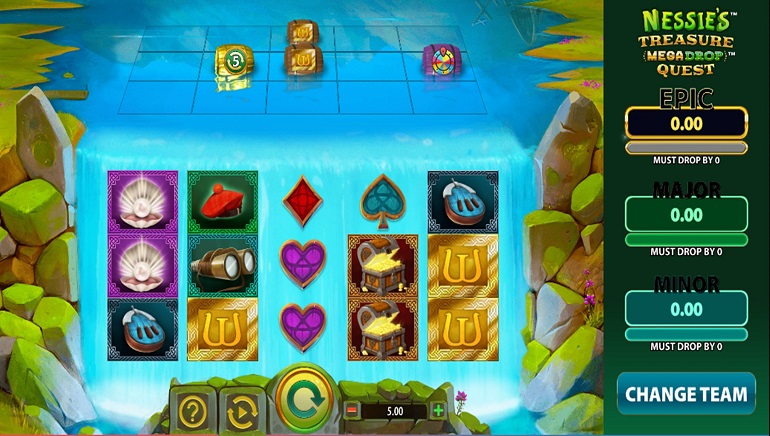 Mega Drop Quest is a brand new series of syndicated jackpot slots developed by Scientific Games and available at Betsson.

The Scientific Games Corporation has completed a world-first with the January 2020 exclusive release of a syndicated jackpot slot series. The Mega Drop Quest slots come from OpenGaming, a brand of Scientific Games (SG), and will be available for a limited period of time at multi-channel gambling operator Betsson.

Traditional progressive jackpots have been based on a system whereby players seek to secure their own winnings. And where a syndicated jackpot varies is that Betsson players will be able to team up for the chance to win together on the Mega Drop Quest series, thus fostering more of a community-driven mentality to gameplay.

First up in the series will be Nessie’s Mega Drop Quest, with the experience now adapted to included a syndicated jackpot feature. A number of other features have been included in the slot, such as additional free spins and wild symbols, not to mention a multiplier bonus wheel and double-reel mechanic that can come into play.

Dylan Slaney of SG addressed the news with the believe that developers must be more open to embracing syndicated jackpots. He also cited the great challenges associated and that the rolling out of the technology is in keeping with a vision of community.

The Evolution of Scientific Games

SG has reached this point of becoming a multi-billion-dollar software provider after being acquired by sports betting company Autotote Group in 2000. Investment has enabled the corporation to acquire key development subsidiaries in the form of Bally Technologies and WMS Industries.