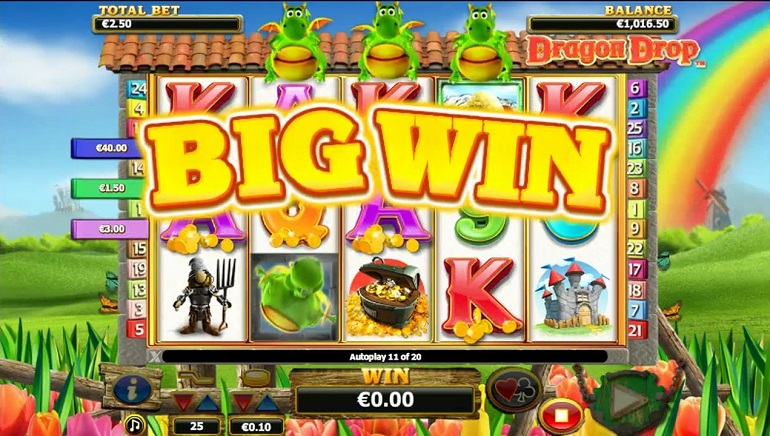 Ancient Egypt, dragons and beanstalks feature in three new slot games that have just been released at BetVictor Casino.

A new month has arrived and BetVictor Casino has unveiled three new slot games for players to experience. From May onwards, Bet Victor Casino players will have access to Treasures of the Pyramids, Dragon Drop, and Jack’s Beanstalk. Details on each are available below.

Treasures of the Pyramids

Treasures of the Pyramids comes from IGT, which is the software provider behind high-profile releases like Cleopatra and DaVinci Diamonds. IGT has travelled back to Ancient Egypt once more to give players a fresh experience.

One of the most interesting design features is the insertion of an extra row of symbols. With 20 symbols appearing at once, IGT has given players 40 paylines over the five reels. Players can also win by landing three or more scatter symbols to unlock free games.

Dragon Drop is a fairytale slot that features dragons, knights, sheep, and castles within the cast of symbols, which can land on the five reels of this 25-payline slot. Designed by NextGen Gaming, this Dragon Drop is of video-quality standard.

The main special feature is called Dropping Dragons, which can see dragons dropping at random to change useless symbols into wild symbols. A second rewarding feature can be the dragon eggs, with three or more combining to trigger eight free games and a 2x multiplier.

NextGen has also contributed Jack’s Beanstalk as a homage to the classic fairytale. Alongside Jack, players will also recognise the lumberjack and the golden harp. By design, the slot has five reels and 25 paylines.

What adds to the experience is that Jack’s Beanstalk even features magic bean symbols. When these land anywhere on reels two, three, or four, a Wild Beanstalk will trigger along with three free games. The there is the Golden Egg feature, where three of them symbols will let players select a random prize.