Betway Brings West Ham and Ninjas in Pyjamas Together for an Exciting CS:GO Challenge 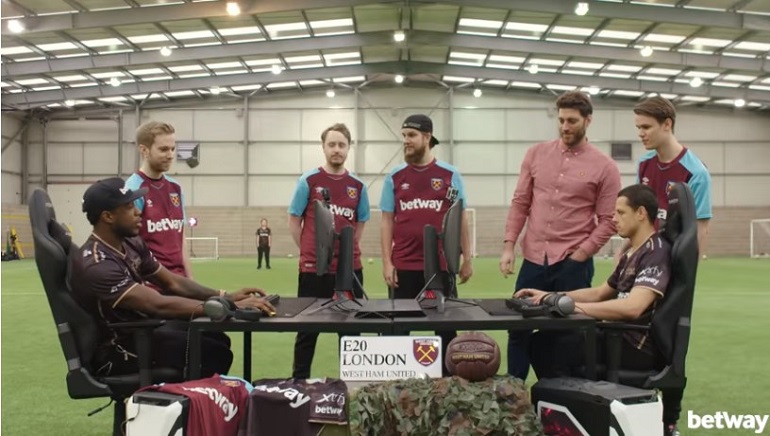 How do speed and accuracy on the green pitch translate into the virtual world? Check out the video and find out.

Football and eSports may seem like two completely different things, but over the last few years, there's been a big increase in cooperation between various football and eSports teams. The latest such partnership was brokered by Betway, bringing together West Ham players and members of the popular Ninjas in Pyjamas Counter Strike team for an exciting Betway Esports Challenge.

The challenge saw two West Ham stars who have already proven their worth on a football field going head to head in a completely different setting, as they went head to head in a CS:GO virtual arena. Neither Javier Hernandez nor Michail Antonio have had any previous CS:GO experience, so they required some coaching before the match.

Members of Ninjas in Pyjamas 'GeT_RiGhT' and 'f0rest' took care of this part, giving footballers a quick tutorial on how to play the game and sharing some pro tips to help them once the mayhem kicks off.

We won't spoil the fun for you but let's just say that one of the two seems to be a much kicker learner.

The Best of Both Worlds

This interesting challenge was sponsored and created by Betway, one of the leading operators in the world of online gambling and sports betting. Betway is the principal sponsor for West Ham and they've also been sponsoring the NiP team since late 2016. This gave them an opportunity to bring the best of the both worlds together for some fun and excitement.

While West Ham probably needs no introduction, Ninjas in Pyjamas are also one of the most successful teams in their field. Namely, NiP are legends in the world of eSports and easily one of the best CS:GO teams out there, with close to £2,000,000 in tournament winnings.

For the next video, tables will be turned, as members of NiP will test their skills on the green pitch, which should provide for even more entertainment, so we're looking forward to that one. For all the details, make sure to read the piece at Betway Insider.