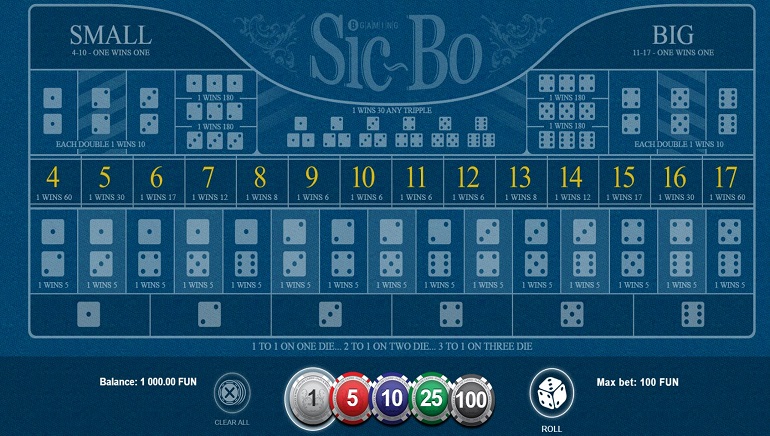 New Sic Bo by BGaming offers a new take on this ancient casino game with a smooth and player-friendly interface that makes it easy to jump straight into action.

BGaming, a company dedicated to production of quality and innovative casino games (formerly known as SoftSwiss) has announced the launch of another gaming title. This time, BGaming has presented their own variation of Sic Bo, an exciting electronic table game, drawing its roots from Chinese tradition.

Sic Bo was one of the first gambling games, originating from ancient China where it was initially played using two heavy bricks with numbers on them. The game has changed in form over the years as we don’t see any bricks thrown across casino floors (thankfully) but rules have pretty much remained unchanged.

The game is played using three standard dice and players can bet on various outcomes on each throw, including a total score line, exact numbers on the dice, specific totals, etc. Although it may seem complicated at first, the game is rather simple to play and Sic Bo by BGaming makes it easy for players to get involved.

BGaming has made the interface of their Sic Bo in a way that makes it easy to choose the bet(s) and roll the dice. There are image representations for all the different wagers players can make so even those completely new to Sic Bo should have no problems understanding what the goal of the game is.

The gameplay itself is also very smooth and relaxing music playing in the background adds to the overall feel, making BGaming’s Sic Bo an appealing option for experienced gamblers and those looking to try something new alike.