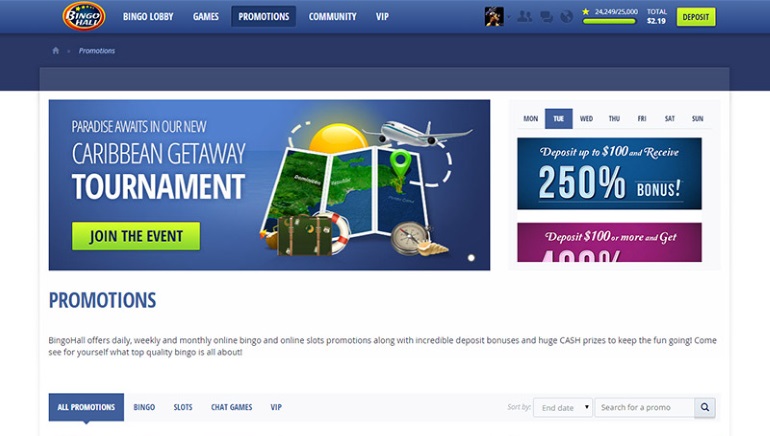 Online bingo room Bingo Hall has relaunched itself in a new site with enhanced graphics, social interaction options and many other improvements.

Veteran online bingo room Bingo Hall has relaunched itself with a brand new design and a whole bunch of improvements for the delight of players. Among the new improvements, players will find new graphics and advanced social interaction options.

According to Bingo Hall, its rehauled design provides players with an enhanced overall visual experience. While the trademark blue color remains, it has been merged with a complimentary color palette which works to emphasize each section's details. Getting around Bingo Hall is easier now with larger buttons, a linear design structure and enhanced organization for maximizing the usability of the site.

Bingo Hall has incorporated new options in the social features it offers members to further encourage interaction between its players. New enhancements include a new friend request icon, a message icon and an activity globe icon which notifies members when an action was completed on the platform. Additionally, players can set their status moods on a daily basis, share and like their favorite games, and stay in the loop with their activity using the "My Recent Activity" feed.

Profiles have also been rehauled. New member profiles allow players to keep track of all of their essentials in the site, from account balances to VIP level and personal settings. Bingo Hall has also added new profile pages for their Chat Moderators with avatars and schedules so players know when and in which room their favorite moderators are active.

Bingo Hall now lets members rate their favorite games which are positioned in different rankings, so players can see the most popular ones. There are many more new improvements like a new jackpot ticker and a newly redesigned blog. Bingo Hall members are advised to log-in the site and check out everything for themselves.