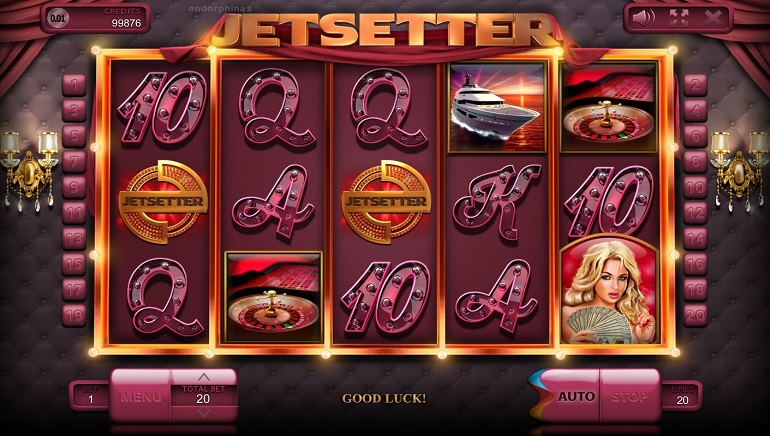 The Jetsetter slot is one of the best paying games at BitCasino and recently, it made another player rich. A lucky player managed to nab 100 BTC in a single spin and 130 BTC at the end of the session, which amounts to around $99,000. Winning such a big amount with a small investment is only possible during the free games triggered by scatter symbols.

The slot machine produced by Endorphina has captured the imagination of players with its graphics and gameplay. All the symbols populating the reels get the players thinking about the high life, with icons such as expensive cars, exotic destinations and piles of cash. The game has a standard five reel three rows structure and is a good choice for highrollers who can bet up to €200 per spin.

The high variance of the game doesn’t have a deterring effect on those who seek life-changing payouts. It is the special features of Jetsetter that keep players hooked, with free spins and multipliers. Hitting multiple wilds is the gateway to riches, as players can collect up to 9000 coins in one spin. BitCasino allows players to deposit and wager Bitcoins and the maximum payout is the equivalent of £100,000.

Endorphina is a software developer specialized in the creation of flash-based video slots for online casinos. Famous for their high variance, great graphics and compelling gameplay these games have a track record of making players rich. All the games are tested in-house to make sure the random number generator is fair and they meet the high industry standards.

BitCasino.io is an online casino where the use of crypto currency is accepted and players from almost all corners of the world are welcomed. The list of software developers includes Betgames, BetSoft, Booming, Explosive, Ezugi, Gameart, Play’n GO and Takisto in addition to Endorphina.