Blast Off with the Rocket Stars Slot from Evoplay 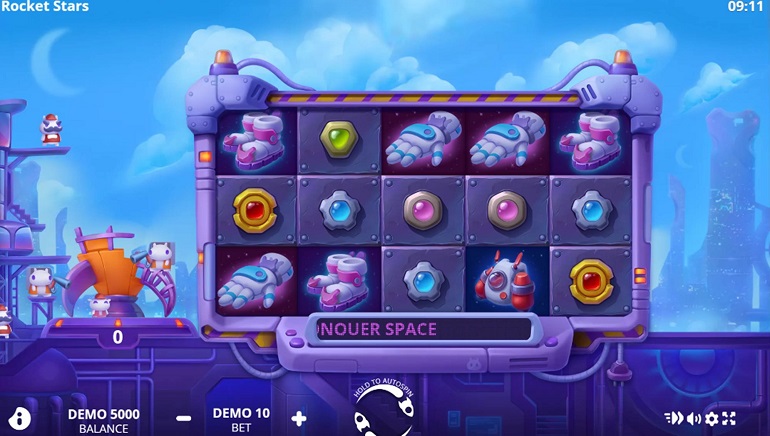 In Rocket Stars, players can collect scatter symbols to build a rocket and trigger free spins as part of the overall experience.

Evoplay Entertainment is the software provider responsible for developing Reign of Dragons, Animal Quest, and Nuke World, along with other eye-catching releases. The next title to debut is the brand-new Rocket Stars slot, which is now available to play at participating Evoplay casino sites.

An Introduction to Rocket Building

The charming premise of Rocket Stars is that five Starmallows have formed a team that’s tasked with constructing a supersonic rocket that will blast them off to explore the farthest reaches of space. This futuristic video slot has been programmed with cartoon visuals and a mobile-compatible interface for smartphones and tablets.

Placed at the centre of the screen is a playing area made with five reels and three rows. Wagering can start from a low of €0.10 and increases up to €300.00 if permitted by the online casino and the licensing jurisdiction.

Evoplay has built 20 fixed paylines into the interface of Rocket Stars, with players able to align identical symbols in groups of three or more on the same line. Multipliers of up to 25x can be triggered, while it’s possible to assemble a rocket with the aid of scatter symbols.

The aim of scatters is to collect these symbols as part of an effort to help the five-strong crew of Starmallows to assemble a rocket and trigger the special round of free spins. With each scatter symbol that appears when free spins are activated, this leads to the player receiving an extra spin along with a 1x multiplier added to the total.