Blueprint's Classic King Kong Cash Is Back With a Jackpot 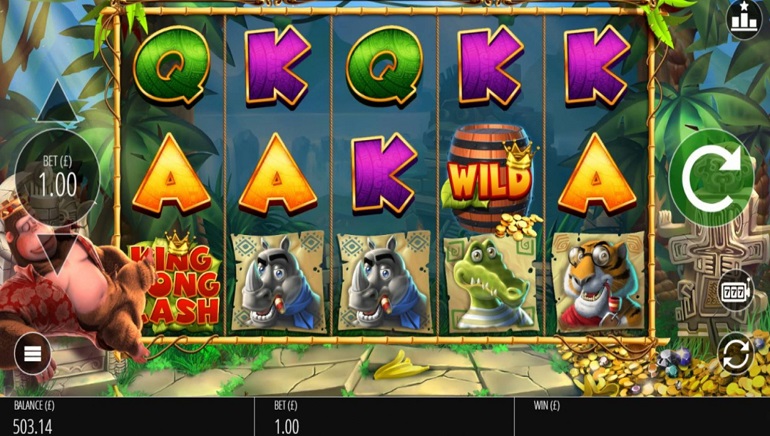 The slot has kept all of its original in-game features and mechanics so players will get to enjoy the game the way they're used to but with an additional chance of winning the jackpot.

The King Kong Cash slot, Blueprint's iconic release that first hit the casinos back in 2016, is back and better than ever. The company has decided it was time to give this popular game a bit of an overhaul and include it into the progressive jackpot network, adding a whole new layer of excitement to an already thrilling slot.

King Kong Cash is easily one of Blueprint's most-popular titles so the developer decided they wouldn't change anything about the core game. The slot setup with all of its mechanics and bonus features remains unchanged after the latest update.

For those who haven't had a chance to try this slot, King Kong Cash features a standard 5x3 setup and five different bonus features that can be triggered by landing three scatters. On top of this, there are five monkey modifiers available in the base game that can go off on every spin. A gorilla sleeping by the reels will randomly wake up and do his thing, adding extra wilds to the reels, triggering a spin streak, and more.

So, the only real change is the fact that players can now also win the Jackpot King prizes while spinning away at King Kong Cash. The Wheel King feature can be triggered on any spin, increasing the excitement and giving players a shot at big money.

Blueprint Listening to the Players

According to Jo Purvis, Blueprint's Director of Marketing and Relationships, the decision to include King Kong Cash in the Jackpot King series was done by the popular demand. Operators and players alike are asking for more games to be included in the jackpot pool and the company is happy to oblige.

As one of Blueprint's most popular titles, King Kong Cash represents a great choice. The company is convinced that adding the jackpot chance to the mix will make this classic game appealing to wider audiences and more entertaining for those who already enjoy playing it.