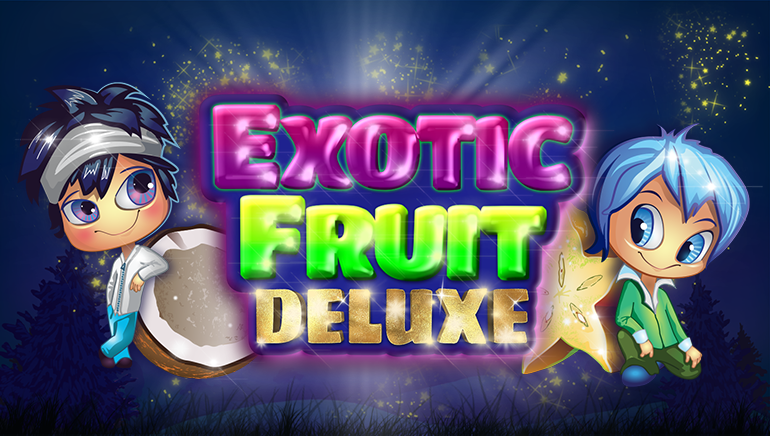 Exotic Fruit Deluxe offers exciting gameplay fun and engaging graphics that slots aficionados will fall in love with. Play it now and experience the free spins with expanding symbols feature for maximum payouts.

The 15 payline slot comes with five reels which can all include Wild symbols that substitute for all other symbols except Scatter and Special. The Scatter symbols also appear on the reels, triggering Free Spins when three or more appear on the reels during a single spin.

Exotic Fruit Deluxe really looks great and you can tell that it’s a brand new and modern slot machine. Using cute and silly graphics and plenty of fun sounds to make the game come to life, Booming Games were able to make a slot that keeps players engaged and entertained for a long time.

Thanks to an entertaining palette of graphics and animations, Exotic Fruit Deluxe is the kind of slot that will serve to keep you relaxed and enjoying yourself while playing. While many other machines make players nervous and edgy, this one has a very calming effect on the players.

Exotic Fruit Deluxe is a highly rewarding game, with lots of Wild symbols appearing on the reels during the base game, providing plenty of small to medium payouts. Once three or more Scatters are stopped on the reels, the players get a chance to experience the Free Spins feature.

During Free Spins, the player gets to pick one of the symbols to turn into an expanding symbol. The expanding symbol expands to cover the entire reels when it appears on at least three reels, allowing a possibility of the entire slot being covered in a single symbol, paying across all 15 paylines for some major payouts.