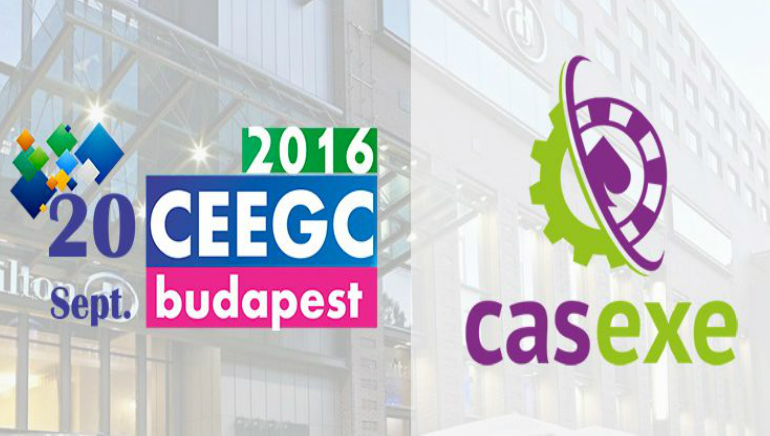 Casexe sponsors the first edition of the Central and Eastern European Gaming Conference.

The first edition of the Central and Eastern European Gaming Conference is scheduled for September 20, 2016. The event is expected to bring together industry leaders and provide participants with excellent networking opportunities. This conference is intended to encourage dialogue across Europe and bring the brightest minds together for the greater good. Major players in this line of work have announced their intention to support the event and Casexe was recently unveiled as the first bronze sponsor.

A European Hotspot for the Gambling Market

CEEGC 2016 will take place in Budapest, but will be attended by influential industry representatives from all over Europe. Central, Eastern and Northern European markets will enjoy special coverage. The emphasis is also on shedding more light on the Balkans gambling market and the legislative hurdles.

Casexe was among the first to offer financial support to the Central and Eastern European Gaming Conference 2016. Its CEO, Ivan Kondilenko confirmed the importance that the company he represents plays to the upcoming CEEGC 2016. They regard the convention as one of the most important gambling industry events in Europe in the second half of 2016.

A Promising Start for the CEEGC

An impressive lineup of speakers was announced for the first edition of the Central and Eastern European Gaming Conference. Zoltan Tundik, the head of business of the organizers of the event diligently worked towards making the confession a must-attend. In addition to bringing together specialists and expert speakers, they also tried to broaden the spectrum of sponsors.

By having Casexe as of the first bronze sponsors of the CEEGC 2016 they hit two birds with one stone. On one hand, they have a reliable partner to support the event, on the other, participants will get the chance to hear Mr. Ivan Kodilenko speak. The Casexe CEO is expected to shed some light on the importance of Bitcoin in the online gambling industry and the future of the crypto currency in general.