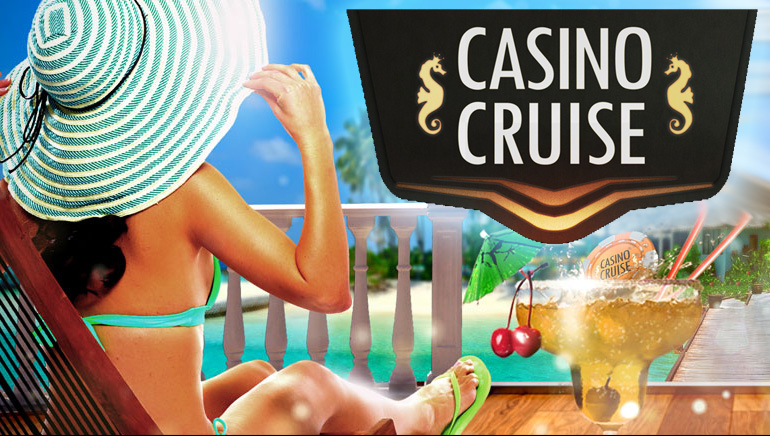 Casino Cruise, the Casino who promises to take you to an around the world journey full with adventures, has been steadily improving and expanding its collection of online slots over the last few months. This week, they added three new slot machine titles to their ranks, with new themes, graphics, figures and music. The three new games are Big Chef, Treasure Island and Adventure Palace.

The first of these new games is designed and developed by Microgaming, a reliable, veteran based software development company. Naturally, its theme concerns cookery. Played over just 5 reels and 25 lines, this video slot contains a new feature, known as rising wilds, and a base game re-spin bonus. It is a welcome take on an often repeated theme.

Treasure Island is another game which has been released on the Microgaming Quickfire platform, although not produced by Microgaming themselves. Instead, QuickSpin are behind this game. This slot is also small-scale, in that it contains just 5 reels and 25 lines, although the Treasure Hunt, Pirate Attack stacked wild and Free Spin features make it well worth a look. The slot is loosely based on Robert Louis Stevenson’s classic novel of the same name.

Adventure Palace is a Microgaming slot. The theme of this quirkybut beautiful title is a subtropical adventure in Asia. Bengal tigers, peacocks, Indian Cobras, elephants and other nature icons litter the reels, playing an important part in the game, alongside the free spins and double wild icons which appear in the title. This slot is even smaller in stature than the others, as it is played over just 9 lines in total.

All three of the new slot machine games are now available to play at Casino Cruise, alongside many additional top quality Microgaming titles, and others on their Quickfire slot gaming platform.