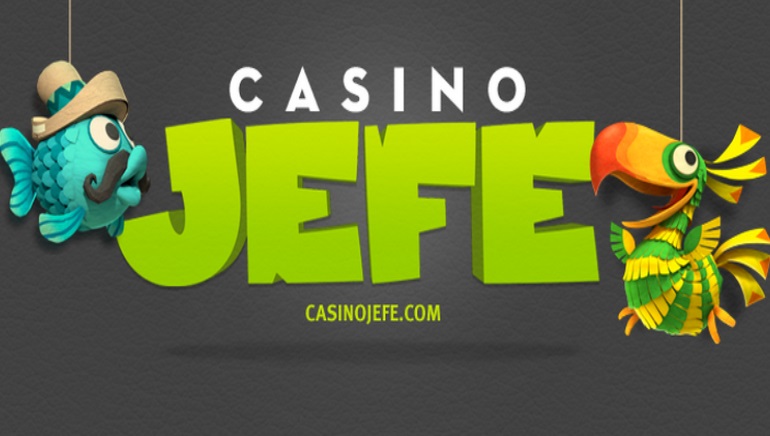 The doors have finally opened at Casino Jefe, where players can join to play acclaimed gaming content from NetEnt and Microgaming games which will be added soon.

An eagerly anticipated new casino site has finally emerged after two-to-three months of extra development time in which the visual appearance has been meticulously designed. Casino Jefe is an igaming destination for amigos who value industry-leading gaming content and quirky imagery in the form of a feisty feline who likes to wear a watermelon as his Mexican wrestler mask. Various other types of Mexican imagery are included to fill out the theme.

The players who have been desperate to experience Casino Jefe have been spared from waiting until 2016. From August 2015 onwards, Casino Jefe is accessible for players across nations from all over the world. Gaming content is currently licensed by the Malta Gaming Authority and Curacao Gaming Control Board, so UK players are unfortunately denied access for the moment however that could change in the near future.

Games from NetEnt and Microgaming

For the players who can sign up with Casino Jefe, there is a considerable amount of gaming content to sample. NetEnt has provided the bulk of the games, delivering table games, video poker, scratch cards, and instant-wins to complement its already heralded video slots. Casino Jefe has chosen to work with one of the leading casino software providers in the business, which is surely an attempt to appeal to players from the outset.

NetEnt has been responsible for creating some truly impressive video slots, giving the world the likes of Jack Hammer 2, Gonzo’s Quest, Lost Island, Cosmic Fortune, and Dead or Alive. Players can get all of those slots plus branded slots such as Dracula, Aliens, and South Park: Reel Chaos.

Casino Jefe also has Microgaming video slots coming soon to further build out the library. This ensures that Casino Jefe players can also experience Game of Thrones, the Dark Knight Rises, Jurassic Park, the Legend of Olympus, So Much Candy, Thunderstruck 2, and Pistoleras. Casino Jefe is hoping to attract players with a welcome package of 1500 free spins. Players are invited to read our extended review of this intriguing new online casino.

Betting Shops to Open in Spain