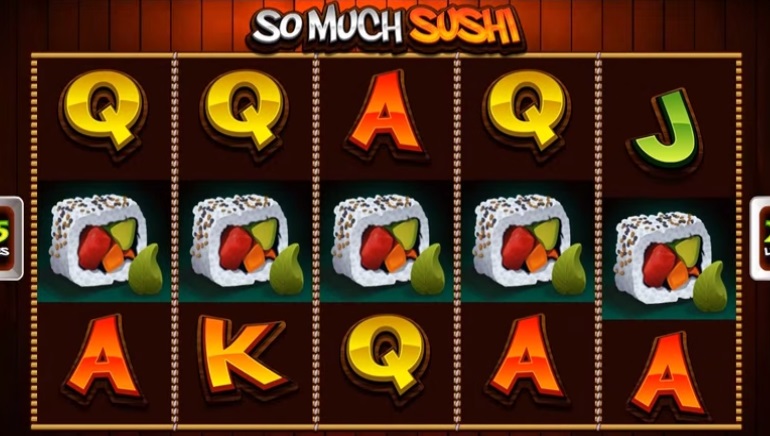 Casino La Vida has added three fun Microgaming slots for September, including So Much Candy, So Many Monsters, and So Much Sushi.

Casino La Vida is setting up for September by adding three new video slots. Players will now be able to access an amusing trio of slot games comprised of So Much Candy, So Many Monsters, and So Much Sushi. Each of the slots comes from leading games developer Microgaming.

So Much Candy Slot

So Much Candy is a five-reel slot game offering players up to 25 paylines to activate. The Much More Candy feature is potentially lucrative, while it is also possible to unlock free spins. Between the main game and five levels of free spins, there are chances to win from 120,000 coins to 160,000 coins. There is an intriguing feature in the form of the Much More Candy Split, which allows for the higher value symbols to be split when they form wins – the maximum possible combination is 25 symbols.

Featuring a cast of friendly monsters, this fun video slot is also designed with five reels and 25 paylines. When playing the slot, there are five choices of games for free spins. The range of winnings for each varies from 80,000 coins up to 160,000 coins. Triggering the free spins games will require players to land at least three scatter symbols simultaneously. Visually, the slot is feast for the eyes. The game is packed with bright colours to heighten the impact of the action.

Sushi has never been so enjoyable as in this slot game. Like the two aforementioned slots, So Much Sushi holds true to the five-reel, 25-payline format governing the “So” series. Another similar feature shared with the two slots above is the ability to trigger one of five options for free spins. Again, this will occur when three or more scatter symbols are landed on the reels. The maximum jackpot in So Much Sushi can be 160,000 coins.