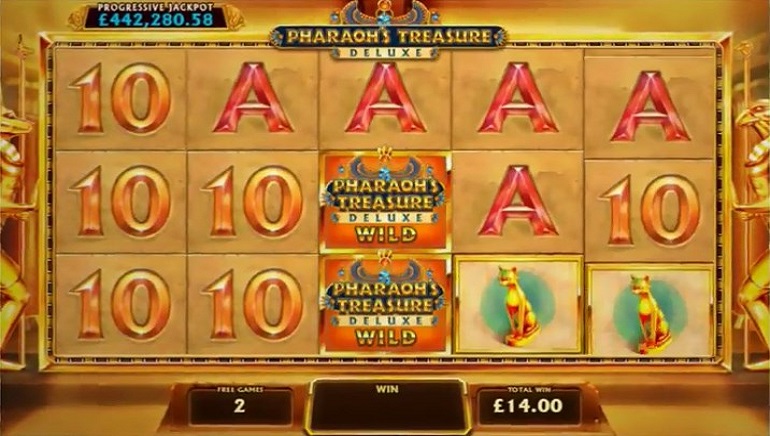 The Casino Las Vegas’ regular player scored a jackpot worth €780.000 by playing the Pharaoh’s Treasure Deluxe slot machine. The lucky winner was in disbelief after this life-changing event.

The Casino Las Vegas’ regular player, only known by his nickname “Kris”, scored a jackpot worth €780.000 by placing small bets on the Pharaoh’s Treasure Deluxe slot machine. This is one of the largest wins the casino recorded this year and was achieved on a video slot game already familiar for its sizeable pool of prizes.

Kris from Bosnia and Herzegovina is a 28-year old casino enthusiast being a regular customer for over a year. The local authority’s manager used to spend his free time on Egyptian-themed slot machines such as Pharaoh’s Treasure Deluxe and place small bets for amusement only. The last Tuesday evening saw him doing the same routine with stakes of just €5 per round. After no less than 690 spins, the money started flowing to his account.

A few moments after winning the prize, Kris called the customer service team as he was pretty sure that the game hit a bug. The casino’s account manager helped him to understand that he actually won the jackpot also organizing the most convenient way to transfer the money. Moreover, Kris will have a meeting with the operating company’s deputy manager that will travel to the winners’ home town of Sarajevo and congratulate him in person.

As the lucky winner stated, this amount of money will help him provide the best university education for his kids, while a small portion will be used for his family’s regular expenses. Being more than familiar with the local property market, Kris also plans to invest his winnings in this booming market, making the best use of this life-changing event.