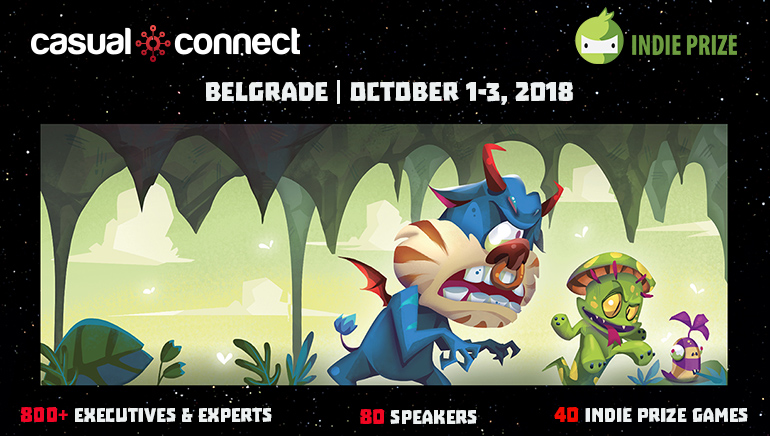 Indie game developers are expected to attend the Casual Connect Serbia 2018 at the beginning of October.

Casual Connect returns to Serbia in 2018, bringing together some of the brightest minds in the Indie games industry. Between October 1 and October 3, Belgrade will be the place to be for developers who want to showcase their best games. Crowne Plaza Hotel Belgrade will act as a gracious host for the conference, where more than 800 gaming professionals are expected. The organizers have also announced the presence of 80 industry experts and executives will hold speeches at the conference.

Throughout the year, more than 1500 developers apply for the Indie prize competition and their products are analyzed by a panel of experienced judges. For those who are in the market of developing in the games, this is the best opportunity to bring their creations into the spotlight. Casual Connect is worth attending by publishers who get more exposure at the event, by applying for the gold, silver or bronze sponsorship. Non-profit organization and government officials are also expected to attend the conference, as the organizers have recently unveiled the special delegation package.

Participants have the opportunity to present their best products to fellow indie game developers. Through the Indie Prize scholarship they have the chance to learn from the best and get together with like-minded individuals. Those who want to participate and showcase their games should know that the deadline for submission is August 1 and submission can be done. Participants will receive a maximum of two conference passes to Casual Connect that grants them access to the Indie Prize Showcase, as well as parties and various sessions.

In addition to meeting the deadline, those interested are also supposed to submit a game that has a minimum of 15 minutes of gameplay. The winners are expected to attend the Casual Connect Serbia 2018 in Belgrade, so they present the games themselves. The organizers will pay for accommodation for two developers at the indie hostel. This is a place where they can meet and interact with fellow developers, but the number of beds is limited and they are offered on a first-come, first-served basis.