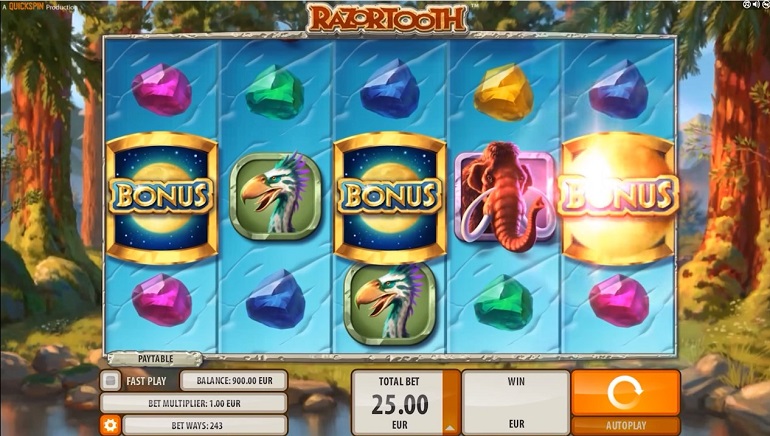 Casumo Casino has become one of the fastest growing online casinos in Europe and it continues on this path by now also including games from Quickspin to its already impressive collection. The software developer has announced that it will provide its entire portfolio of active games to the Malta-licensed online casino.

Quickspin is known for its long list of games and the fact that it strives to make even longer with the help of new releases very often. The titles are developed to work on both desktop computers and mobile devices so players at Casumo should have no problems accessing their favorite new options.

More games in one reliable place

The online casino is powered by several major developers and the slots from Quickspin should fit right in on the modern platform. Some of the most popular games in the new group include Hidden Valley, Illuminous, Crystal Queen and Razortooh as these are also the most recent titles to be launched by Quickspin. They of course join already established titles like Big Bad Wolf, Treasure Island and The Three Musketeers.

It is now possible to check out the Quickspin additions for free at Casumo Casino since the demo versions can be started right away. All of the games use HD graphics and modern mechanics to ensure an entertaining gameplay.

A great deal for everyone

The partnership between Quickspin and Casumo Casino should benefit everyone involved. While the players can look forward promotional tools for getting rewards as well as more games to choose from, the online casino has more options to offer and continues to grow at an impressive pace. Quickspin also expands its reach with the help of a modern casino added to its platform.

The CEOs from both companies have expressed their delight with the agreement and the good quality content should always go a long way when it comes to customer satisfaction.

Experience ‘The Ring of Fire’ with Volcano Riches Slot from Quickspin

Pinnacle Announces Withdrawal from Slovenia Ahead of Regulatory Changes