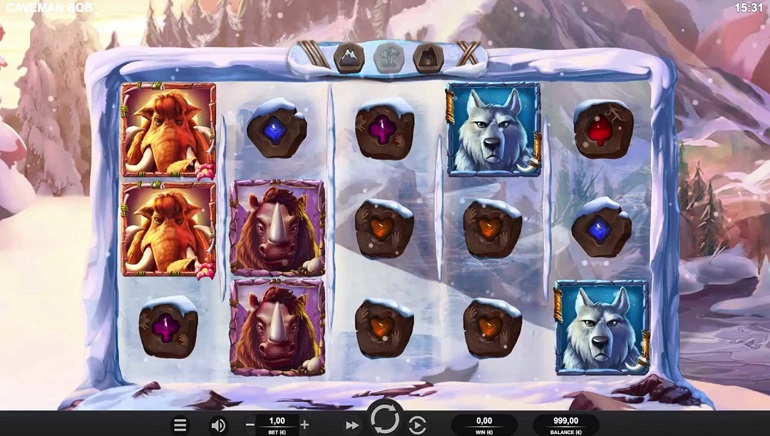 Relax Gaming has released Caveman Bob as a May 2019 slot with multiple locations, randomly triggered wild features, and Bob’s Wheel.

News has emerged that Relax Gaming casinos will gain the brand new Caveman Bob slot from May 2019 onwards. Harkening back to the age of cave dwellers, Caveman Bob is a playful take on the theme and comes with an array of special features and compatibility across desktops, tablets, and smartphones.

Colourful gems are used as the lower-value slots, while the dodo, husky, woolly rhinoceros, woolly mammoth, and Caveman Bob have higher multipliers and animate when three or more contribute to a win on one of the 20 fixed paylines.

The five-reel slot can start the wagering from a low of €0.20. This is accessible from the stacked coins icon, which presents a whole variety of other options. These can rise all the way up to the highest of €100.00.

Caveman Bob is described as a nomad who likes to live in different locations, and the higher the latitude the greater the rewards. The slot starts out in his cave, but it will be possible to move on to other locations.

Wild symbols are stacked over an entire reel. Stacked wilds are able to substitute for any symbols missing from a payline. Each location has a randomly triggered wild feature. The cave offers up to five locked wild reels, the oasis can cluster up to 13 wilds, and the mountain can randomly place up to 15 wilds.

Hand of Bob is another feature and can transform the lowest-value symbol into a higher one. Then there are Mammoth Re-spins with the chance to re-spin with colossal symbols. And then comes Bob’s Wheel with the chance to win a 10x multiplier.