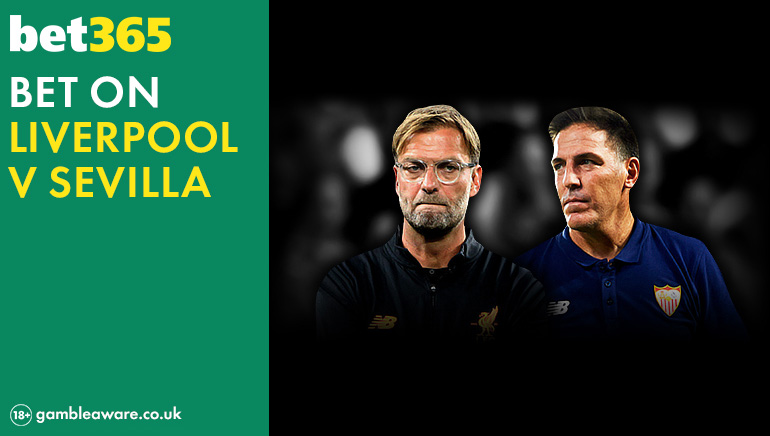 The Reds face Sevilla tonight at 19:45 GMT and it should be an incredible atmosphere at Anfield.

The last time that Liverpool and Sevilla faced-off was in the 2016 Europa League Final, a match that the Reds would surely like to forget, as Sevilla easily won the match 3-1. Liverpool has again had a hard time getting into a rhythm in the Premier League, as they began with a 4-0 victory over Arsenal, but were thrashed at Manchester City the week after. Though they are only 3-points off the pace, Jurgen Klopp's men must start to show more consistency, and tonight's Champions League match needs to be the point that it all begins.

Liverpool will most-likely start with Philippe Coutinho, as his failed move to Barcelona over the summer has landed him with the Reds. As of now, it looks like he will get the start, and Sevilla must be ready for the explosive attack he brings with him. Sevilla's squad is much different than the one they had in their Europa League Final victory in the 2015/16 season, as Jose Antonio Reyes, Gameiro, Grzegorz Krychowiak, Coke, Vitolo, Yevhen Konoplyanka, Vicente Iborra and Fernando Llorente have all been taken by other clubs. This could ease Liverpool's chances, but knowing Eduardo Berizzo the match will be intense and could go either way.

Liverpool has made the best changes over the summer, the addition of Mane and Salah means that he has a much better attack from the wings and creates more fluid play. The Reds are due for a win and they will be out for revenge tonight. Expect them to beat Sevilla 3-1.

bet365 Sports has offered some of the best odds surrounding the Champions League Group Stage and tonight is no different. Liverpool are favorites to win at 1.72, while Sevilla most overcome Anfield to win at 4.75. Odds for a draw are 4.20, but expect Liverpool to handle Sevilla.