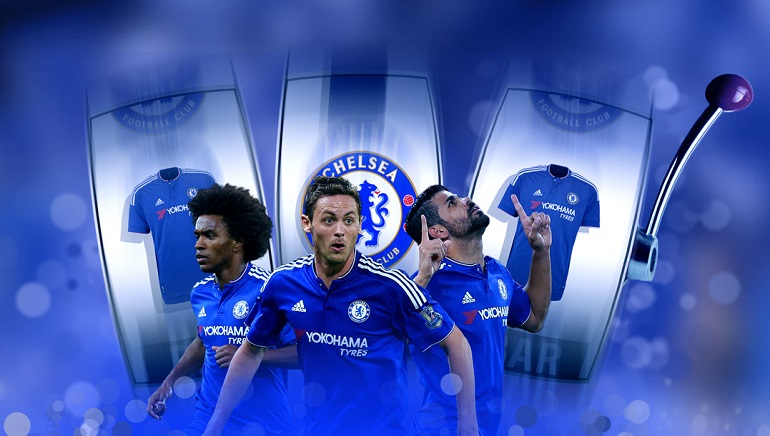 Chelsea Football Club struggled earlier this season, but manager Jose Mourinho finally managed to turn the ship around and the future looks bright once again. Dedicated Chelsea fans have plenty of reasons to celebrate and BetVictor adds a new one on the list. The official global betting partner of the celebrated English team has added a brand new slot machine to its already impressive collection of games.

Since June when it was named the new official partner of Chelsea, BetVictor worked closely with Realistic Games to produce a club branded video slot that all Premier League football fans will enjoy playing. The software developers brilliantly succeeded at capturing the very essence of the fantastic Stamford Bridge atmosphere.

Realistic Games worked with Chelsea representatives in their effort to come up with a video slot that celebrates the spirit of this football club. The player base is expected to consist mostly of Chelsea fans, but the immersive mechanics, fancy animations and numerous winning combinations should appeal to all slot machines and sports enthusiasts.

BetVictor officials expressed their satisfaction for this release and suggested players that they should expect more exclusive content in 2016. Andy Harris from Realistic Games shared his enthusiasm and looks forward to develop more Premier League club-branded slots. The company he represents enjoyed working with both the football club and the bookmaker and is highly optimistic about the favorable reception of the branded slot.

Considered one of the world's best football clubs, Chelsea is currently England's Premier League champions. Nicknamed "The Blues", Chelsea has a long and respectable history of trophies and achievements to its name including Champions League cups, UEFA Europa League trophies and domestic cups. Chelsea plays at its iconic Stamford Bridge stadium in London, with a capacity of 42,000 spectators.