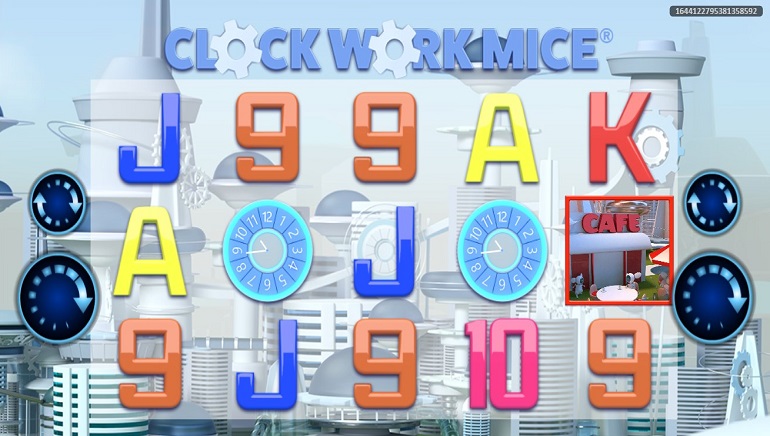 Free spins and multipliers aplenty are there to be won from the brand new Clockwork Mice slot released by Realistic Games.

Realistic Games has been working on a new slot game that offers glimpses of the future. In the Clockwork Mice slot, the game takes place against a sleek cityscape where the buildings are powered by cogs. A bunch of other futuristic touches have been added to the design of this slot that is now live at Realistic Games casinos.

The world of Clockwork Mice is one that is inhabited by tiny, robotic rodents that run around the city. They can be spotted riding public transports or enjoying local cafes in the more valuable symbols that can be combined on the five reels and three rows of the slot interface. All in all, there are 20 fixed paylines that are not adjustable, but can be utilised when trying to combine winning symbols.

Realistic Games has designed Clockwork Mice to be compatible with the HTML5 infrastructure. As a result, the slot game performs inside major web browsers such as Chrome, Firefox, Edge, and Safari. Some of those browsers are available on desktop and mobile devices, thus eliminating the requirement for apps or installation.

When it comes to the technical specifications, Realistic Games has officially revealed that Clockwork Mice is a low volatility slot that can deliver smaller winnings at frequent intervals. As such, the slot has been programmed with a 95.45% return to player (RTP), while the maximum possible multiplier has been assigned as 250x times the current wager.

Clockwork Mice also has a bonus round that can be initiated through the landing of three or more clock scatter symbols. In turn, this shall lead to the granting of 12, 24, or 48 free spins, depending on the number of scatters that are in play. Each spin will then receive a clock multiplier of up to 12x, while 12 consecutive wins can trigger the 250x jackpot.