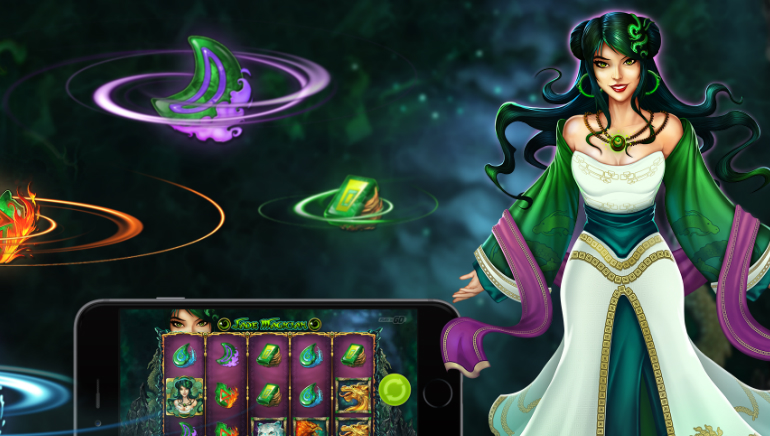 Jade Magician is an Oriental-themed 5-reel video slot game that packs a lot of interesting features, including wilds, scatters, free spins, and a Second Chance feature.

Play’n GO is whetting our appetites with a sneak preview of its upcoming video slot game, Jade Magician, soon to be released at Play'n GO-powered online casinos the likes of Video Slots Casino, Casino Cruise and Mr Ringo Casino. In this game, the scatter symbol plays a big role in granting players free spins and increasing the total pot. Plus, the graphics and soundtrack live up to everything players have come to expect from the Play'n GO brand.

Jade Magician is an Oriental-themed 5-reel video slot game that packs a lot of interesting features, including wilds, scatters, free spins, and a Second Chance feature. Its eerie and enchanting background is perfectly suited for the star of the slot, the Jade Magician herself, which is also the scatter symbol. Other symbols include a dragon, crescent moon, a white tiger, hawk, a x2 multiplier, and more.

In the base game, you can activate up to 15 lines and bet up to 5 coins per line. Wild symbols only appear on reel 3, but a winning combination that contains a wild automatically doubles your prize! Scatters can appear on reels 1, 3, and 5, and special features can be triggered when either two or three scatters land on the reels.

Show Me the Scatters

When two scatters land on the reels, they trigger the Second Chance feature, which allows you to choose one of the four symbols on the screen for a chance to win free spins or instant prizes.

When three scatters appear on the reels, you automatically get five free spins. During these free spins, the scatter becomes the wild symbol, paving the way for many more winning combinations. Free spins can then be re-triggered, with a maximum of 50 free spins. And if you only hit one or two scatter symbols during the free spins round, you can still win one or two free spins.

Play’n GO is a leading Swedish online gaming software developer. Their games are featured on over 100 online casino operators and in more than 32 languages.