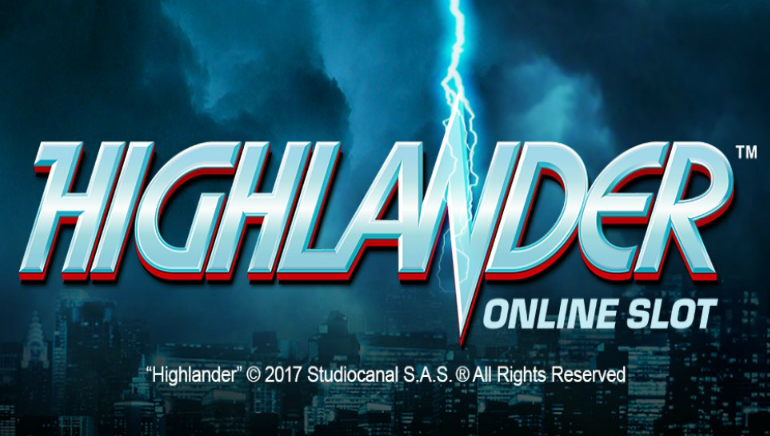 The Highlander movie franchise may well be off its prime time, having been popular back in the 1980s and 90s. However, immortal Connor MacLeod and his bold adventures are set for a comeback in style thanks to Microgaming's latest release, set to hit virtual shelves of Microgaming online casinos today.

Like they've often done in the past, the company took a hit film and tried to transfer all of its originality and excitement onto the casino reels of their new Highlander slot. Based on the 1986 cult movie that started the franchise, directed by Russel Mulcahy and starring Christopher Lambert, who will be forever edged in our memories as none other than Connor MacLeod, the immortal highly skilled swordsman with the mission.

In their style, Microgaming has managed to revive the original movie setting in their Highlander slot. Switching between the backdrop of old Scottish Highlands and modern-day New York skyline, the slot completely pulls a player inside the adventure.

Accompanying impressive visuals is the 80s rock soundtrack, rounding up the experience. All of this, combined with some exciting and electrifying features, sets the foundation for a game that should be well received by the gaming audience, whether they're Highlander fans or not.

Features to Keep You on Edge

Apart from looking good, the Highlander slot plays well, too. The game features the standard 5x3 grid setup and 243 ways to win, which is fairly standard for quite a few Microgaming slots. Apart from the standard base-game wins, the slot also comes equipped with two interesting features.

The first one is The Stroke of a Sword, which is triggered when landing two scatters on the reels. Both scatters will turn wild, helping create winning combinations, and this feature can be quite generous if those scatters land in right positions.

Then, there are free spins, triggered by three scatters on the reels. The bonus feature is set on the backdrop of the stormy New York skyline and for its duration, the storm is intensified with Quickening Wilds. A random lightning can appear on any of 10 spins, turning regular symbols into wilds. With more lightnings striking, the number of wilds on the reels will increase as well.