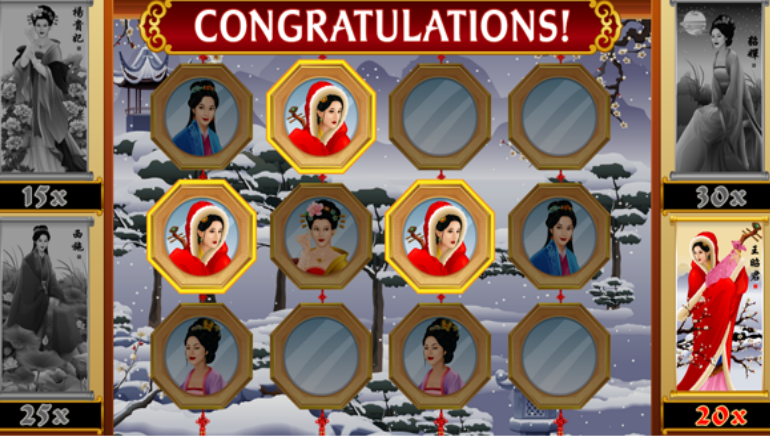 Three slot machines and American Roulette join the mobile platform at Crazy Vegas for users to play on the go.

The popular Crazy Vegas Casino has increased its mobile portfolio with the launch of several new titles so that players can enjoy the spinning reels and the spinning wheel from smartphones and tablets. It is the perfect timing as the month of vacations has already begun and having gaming options while on the go is just a great way to sit back and relax.

Based on the 2011 film with the same name, the Bridesmaids slot machine is a new online game on Microgaming’s Quickfire platform. The pink background and the fact that it shows actual characters and clips from the movie makes it a great choice for female players as it can be loads of have fun with the cast in a whole new way. Features include a Wheel Bonus game triggered by three or more scatters, which can activate one of four special modes or a jackpot prize. There are also stacked wilds that can take up four positions on a reel.

Asian Beauty is a classic title that doesn’t just feature a great Oriental theme, but also comes with rewarding functions. There are 243 ways to win on the 5x3 screen and a Mirror Bonus can be triggered randomly to generate wins of up to 9,000 coins. Wild symbols and scatters make the gameplay even better, while players can also get up to 25 free spins with doubled wins.

Known for its 3D graphics, Sterling Silver on mobile devices looks just as great. The game comes with wild symbols that can multiply the win and scatters which will trigger free spins in addition to their regular prize.

Crazy Vegas Casino also added a new version of American Roulette to its mobile platform as the game is certainly one of the most popular choices for users. With realistic graphics and animations, this game looks very impressive.