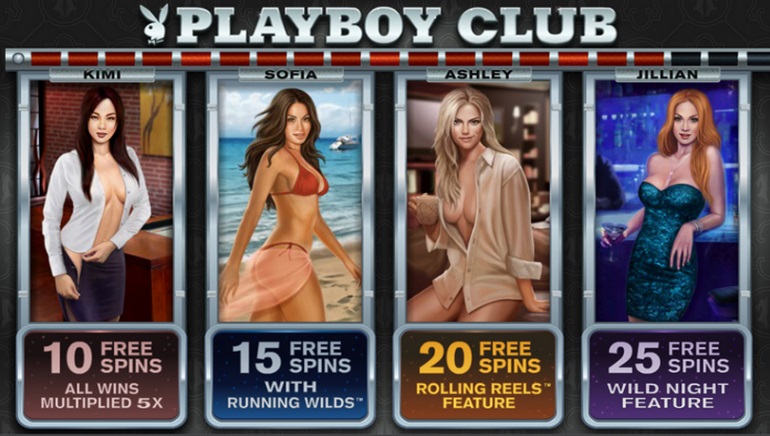 Enjoy the Playboy lifestyle while competing for a share of $21,000 at Crazy Vegas Casino.

Crazy Vegas Casino is currently running a slots tournament based on the popular Playboy game which will award a stunning prize pool of $21,000 to the top players. The action will run until October 22 and will see players doing their best on the multiplayer version of the video slot for the chance to get a share of the money.

While Crazy Vegas Casino is available to customers from Canada, they are not eligible to participate in this tournament.

The regular version of the Playboy video slot was introduced at Crazy Vegas in late 2013 and the game quickly became a popular choice for its design and features. Developed by Microgaming, Playboy uses the popularity of the world famous brand to create a casino game which every player is sure to enjoy. The theme makes sure that it is classy and the special features include Wilds, Scatters, Free Spins and more on the 20 paylines.

Of course, the 5 reels will show gorgeous women who are sure to keep users entertained. The multiplayer tournament takes the game to new heights, especially with the addition of a $21,000 prize pool.

In order to take part in the tournament, players must first be registered users of the casino and they can then gain access. Every spin on the specified game will come with points and those with the highest score at the end of the promo will be awarded automatically.

The Microgaming-powered Crazy Vegas Casino has hundreds of other games just waiting to be played across its Instant Play and Mobile platforms. Some of the biggest titles are often times the center of major tournaments, some of which are free to join.

For more information on the online casinos, the slots tournament or anything else, the Crazy Vegas customer support team is always available via live chat, email and telephone.

Win Trip to Playboy Club with All Slots Casino