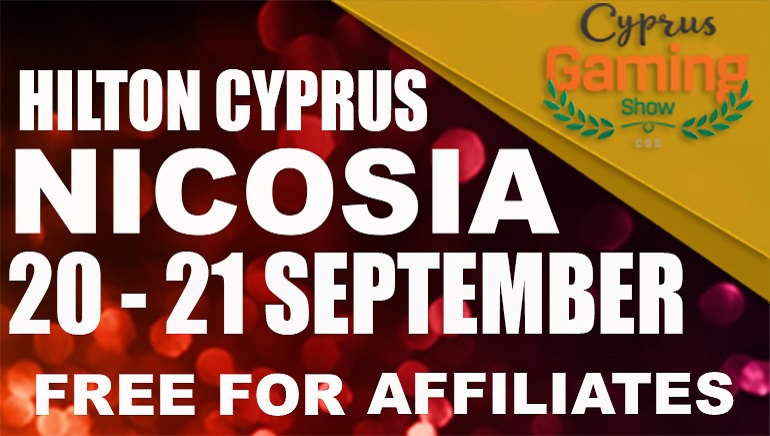 The island of Cyprus has long been an unknown region, but that is about to change IR resort and a conference.

After forging its reputation in its bases of Hong Kong and South Africa, Eventus International, one of the event and exhibition company’s brightest promoters of progressive iGaming conferences, has announced the venue shift of the Cyprus Gaming Show (CGS) to Cyprus Island’s big city of Nicosia (Lefkosia).

The Eventus head further alluded to a new construction deal which will remarkably result in Cyprus hosting the largest integrated casino resort and casino in Europe, which he asserted positions Cyprus as “the new regional gaming hub.”

The show itself will provide an exciting new venue to keep up with the diversifying needs of the gaming operators, suppliers, regulators, investors, software providers, and industry leaders who network at CGS 2017 to network to enhance professional insight industry-wide and generate innovate practical strategies.

The key themes of the conference centre around presentations and panel discussions addressing and illuminating emerging opportunities and challenges of ICR while introducing new technology, innovation, while giving a glimpse into the future of online sports betting in the region and worldwide.

The enervating shift in venue is accompanied concurrently in Eventus International news with the announcement of a strategic partnership the group has forged with Healys LLP ahead of the Cyprus Gaming Show to help support CGS development in 2017 and moving forward.

Healys to the Fold

The strategy behind the partnership is designed to combine the Eventus’ expertise and organisational reach with Healys’ extensive regulatory and compliance mastery in the online and land-based gaming sectors.

Healys was assigned the role of lead legal advisor within the team of specialist consultants supporting the Cyprus government on the Integrated Casino Resort Project.

Soetjiptadi had more to say about the new partnership in the light of the new IR development revelation, asserting that CGR would be immeasurably enhanced from Healys role in bringing “the best possible knowledge and networking product to market” and that the strategic partnership with Healys will serve to enhance the quality of the event through bringing “the most insightful speakers and relevant topics.”

Eventus Advisory Board member Graham Martin further pointed out that the strategic partnership would open new doors to creation of “other annual forums to enhance the cultural and commercial well-being of Cyprus.”

Cyprus looks to be the spot where Eventus ascends to highest echelon of event promotion and strategic iGaming partnership, and brings Cyprus to the global spotlight as a major gaming destination from here on in at CGS.