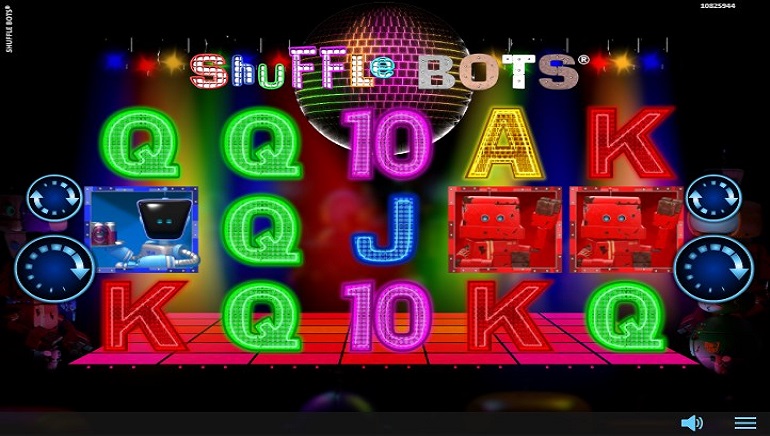 If you are looking for a fun new slot game, award-winning game developer Realistic Games has released Shuffle Bot. This new disco-inspired game will get you moving with its grooving soundtrack and bright colors, but you'll stay because of the opportunity to win its lucrative jackpots.

The game works with 5-reels and 20-paylines, and it is packed with a ton of hidden features that make it quite interesting to play. The reels are full of dancing robots that give the term "Disco Inferno" new meaning. It's as if John Travolta himself boogied onto the reels with his hips moving and a finger pointed to the sky. There is a special 'Cocktail Bot' that appears on the reels at random and sheds his disco love by turning symbols wild at random. Another big feature is the shuffling reels bonus round which you can trigger over and over again if you are lucky enough.

The game is optimized for desktop computers, laptops, tablet devices, and mobile phones due to the fact that Realistic Games created it with the latest in HTML5 technology. That means you'll be able to get your body moving to the disco beats wherever you are.

Realistic Games is quite proud of this new addition, and Robert Lee, Commercial Director of Realistic Games, commented, “We are thrilled to be unveiling Shuffle Bots® as the latest addition to our portfolio. The game has been developed using our new Games Machine technology which allows us to create exciting new features that can be used in future concepts."