Do Battle in New Snake Arena Slot from Relax Gaming 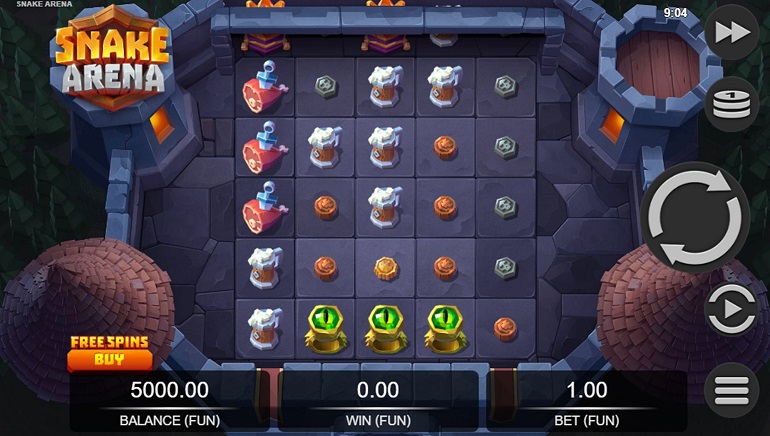 Relax Gaming adds yet another new reel-based game to its growing roster of in-house titles. Snake Arena offers up a 1,000x multiplier for players who can slay the beast.

The release of slots Caveman Bob, Money Train, and Tower Tumble have continued to support Relax Gaming in the in-house development of its own roster of content. And the very next title to make its release is the slithery Snake Arena slot. This represents a major shift in direction for a software provider that was previously known for making table games.

Players who enter Snake Arena will encounter a battlefield where knights are challenged with fighting a fearsome serpent. A five-reel by five-row grid of symbols is encased by a fiery lava pit that adds further to the sense of danger for a slot that is designed with maximum volatility.

Wins of up to 2,758.8x times the standard bet are possible for a slot with 30x fixed paylines, with an average return to player (RTP) of 96.25% expected. Players who want to take on the serpent can use a number of devices, with access available on Chrome browsers that are installed on Windows, MacOS, iOS, and Android.

Knights and Snakes will both serve as wild symbols and the simultaneous landing of both will lead to the activation of free spins. An alternative to this standard approach is for players to simply pay their way into free spins.

Either way, the players will end up being chased around the arena by the snake. Free spins will then conclude when the snake grows to reach its own tail. Anyone who defeats the snake will be recognised with the reward of a maximum 1,000x multiplier to boost their stake.

Wild Chase is another of the special features to watch out for, but this one is instead triggered entirely at random. Players will simply have to wait for the feature to trigger during gameplay, after which an entire reel will become one big wild symbol.