Embark on an Icy Adventure With New Crystal Quest: Frostlands Slot by Thunderkick 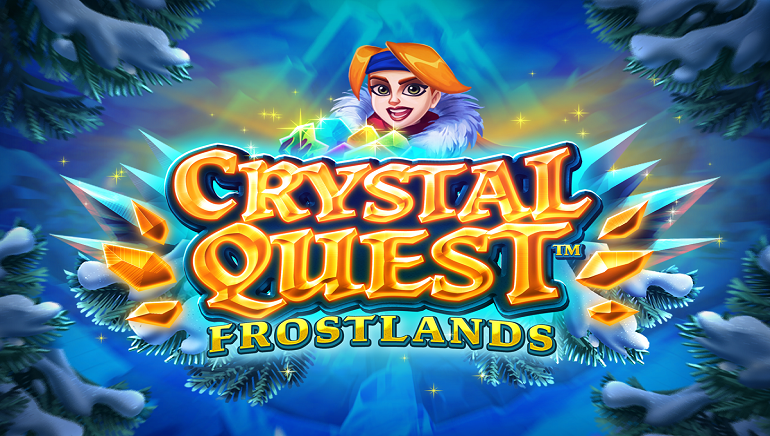 The new slot by Thunderkick offers growing win multipliers and the maximum win potential of 15,000x, making it a nice addition to the existing selection of slots.

The latest video slot coming from the Thunderkick workshop takes players on a chilling adventure across Frostlands. Aptly named Crystal Quest: Frostlands, the new game features a fairly high RTP of 96.16% and comes packing a punch with high volatility and the maximum win of 15,000 times the stake.

Featuring four lines and six reels, Crystal Quest: Frostlands offers 4,096 ways to win on each spin. All wins are paid from left to right and matching symbols just need to be on adjacent reels, starting from the first one. Icy crystals of different shapes, sizes, and colors dominate the reels, but two highest paying symbols are the blue warrior and the green monster.

The Crystal Quest slot incorporates the tumbling wins mechanics, with all symbols from winning combinations exploding and making room for new symbols to drop down and create new winning combos. With each successful tumble, the win multiplier increases and it only resets when no more winning combinations can be formed.

To create even bigger winning opportunities in the base game, there are Massive symbols. Forming blocks of either 2x2 or 3x3, these symbols will drop down onto the reels, smashing all smaller symbols in their way. Wilds are there to substitute for all symbols except for scatters.

Although Crystal Quest: Frostlands is all about ice and snow, the bonus game is anything but cold. Landing three chest scatters on the reels triggers the bonus game featuring 12 free spins. In the bonus, players are awarded extra free spins whenever they land two or more scatters.

The biggest difference between the feature and the base game is that the win multiplier doesn't reset between the spins, creating potential for some impressive wins. Wilds that don't connect will also explode and remove all symbols vertically and horizontally to make space for new symbols to drop down.

All in all, Thunderkick's Crystal Quest doesn't bring all that much new in terms of mechanics but offers very polished graphics, entertaining gameplay, solid RTP, and, most importantly, potential for big wins, so it should pique quite a bit of interest from the players.