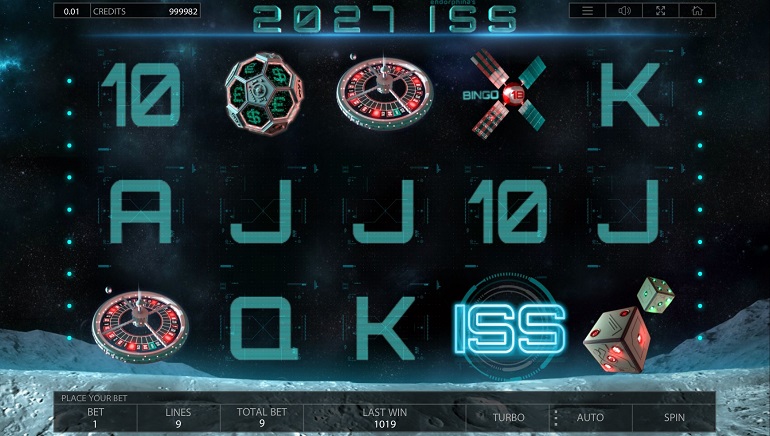 Endorphina's 2027 ISS slot will take you on an intergalactic journey filled with great graphics, exciting gameplay, and big wins.

On April 12, 1961, Soviets launched the first-ever human space flight (at least as far as we, mere mortals, know). Yuri Gagarin became the first human being to reach the outer space, starting a new chapter in our history. Remembering this special day, Endorphina has launched a brand new slot 2027 ISS, that takes you to a thrilling space adventure.

The One for Sci-Fi Fans

When it comes to casino slot manufacturers, Endorphina rarely fails to impress with their products, and 2027 ISS isn't an exception that confirms the rule. Featuring impressive graphics with reels filled with fitting symbols like space stations and astronauts, set on the backdrop of a galaxy far, far away, 2027 ISS promises to take you on an exciting adventure through space.

Music and sound effects accompanying the journey will keep you on your toes, as this game drags you into the story, allowing you to experience, if only for a brief moment, what it must be like to be all alone out there, surrounded by vast space filled with surprises you know nothing about.

With this slot, Endorphina ventures into the new territory, offering their players a brand new experience of intergalactic travel. This is a valuable addition to their robust library of games, as 2027 ISS is likely to appeal to a sizable portion of existing and new players.

For a limited time, players at Endorphina-powered casinos, where this new slot can be found, will also be able to participate in the special promotional raffle. Every 50 spins played on 2027 ISS slot will award you one raffle ticket, giving you a chance to participate in the draw worth €5,000 in total, awarding the top prize of €1,000 to one lucky player.

This new slot certainly promises a lot of fun, especially if you are into space travel and like the idea of exploring uncharted territories. With luxurious graphics and smooth gameplay, 2027 ISS will not fail you.