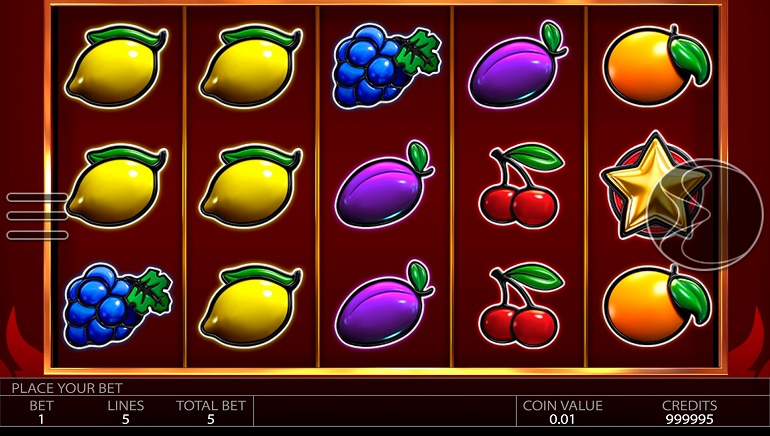 Lucky Streak 2 has received a December 2018 release at Endorphina casinos, giving players access to the second release in the retro trilogy.

Endorphina Gaming has now brought out the third release in the software provider’s planned Lucky Streak series. Following the launch of Lucky Streak, Endorphina casinos will now have the Lucky Streak 2 from mid-December 2018. Later on, the provider will finally unveil Lucky Streak 3 to complete the trilogy.

Endorphina has spoken of how a concerted effort was made to ensure that Lucky Streak 2 used darker tones compared to the original slot game. This time around, the experience is one that is focused on heat and fire, with different shades of red utilised.

Lucky Streak 2 bears the hallmarks of a retro fruit machine that has been designed for modern times. Each of the symbols has a glossy sheen, with some of the various fruits including watermelons, cherries, lemons, oranges, grapes, and plums, among others.

Although Endorphina has used retro symbols, the developer has opted for an advanced slot interface that utilises five reels and three rows of symbols. Once a spin has been completed, there will be 15 fruit symbols shown on the screen, with players having the chance to win from the five fixed paylines presented.

Endorphina has stated that Lucky Streak 2 comes with a 96.00% return to player percentage. In regard to wagering, the potential values range from €0.01 up to €50.00. Significant winnings can then be obtained if players are able to match five 7s to unlock the 5,000x jackpot multiplier.

Lucky Streak 2 has been made without wild symbols, but scatters do make an appearance. They can pay out when matched in adjacent reels rather than paylines, with the maximum multiplier worth 250x for five scatters. Following a win, it shall be possible to play high-card draw against a dealer – the joker card is only available to players and beats every other card.