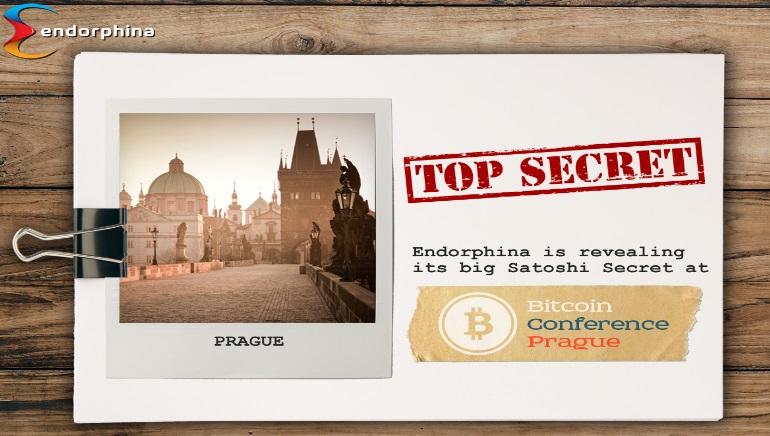 We knew Bitcoin succeeded as a gambling currency, but as a slot theme?

Bitcoin as a Slot Theme

Satoshi Secret was inspired by the resounding success of Bitcoin as a cryptocurrency. Endorphina's HD games seek to make all its new releases meet the innermost expectations of players as their key marketing approach, and user engagement is expected to pique with the first online slot devoted to what Endorphina bluntly calls "the currency of the future."

Be it a marketing ploy or true prognostication, or both, Endorphina has protected all other details about the new Satoshi Secret Slot. Upon release, the gaming world will find out if the game will feature any and how many Wilds, Free Games, Re-Spins, or Bonus Games in a game featuring a Bitcoin theme for the first time on the market.

The new slot is set to be introduced to the public for the first time in one month, at the May 14th Bitcoin Conference Prague.

The themed conference will host not only the Czech Bitcoin community, but also welcome delegations from Russia, Poland, Slovakia, Hungary, and Germany in particular as well as general Bitcoin enthusiasts from Central and Eastern Europe. And the hottest topic on the agenda: online gambling.

Endorphina business development manager Jan Urbanec commented on the innovation of the new game, which will feature newly optimized features, graphics and sound, and looks forward to opening a new era of iGaming at Bitcoin Conference Prague.

Endorphina is appropriately enough headquartered in Prague, as a software provider offering a wide range of Flash-based slot games, so Satoshi Secret Slots is sure to pack a wide range of cutting edge features to maximize the value of the game as far as user engagement and profitablity.