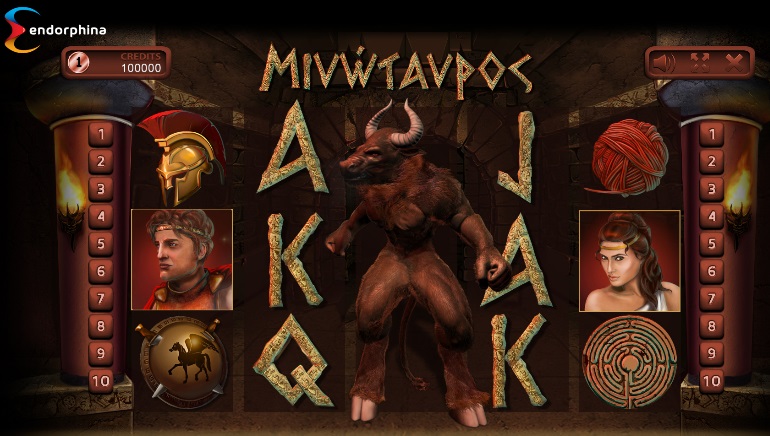 Endorphina is a casino software developer planning to build upon its success at ICE Totally Gaming 2014 with a strong showing at the 2015 event next week. Pivotal to Endorphina’s strategy is an investment in more stand space to introduce three exciting new games to the conference. And the list of the new games…

Greek mythology and the fearsome Minotaur creature act as inspiration for the Minotaurus slot. This fantastical game is designed over five reels and features a Minotaur wild symbol that can trigger re-spins at random.

In addition to being a magical game with dazzling visuals, Fairy Tale is a highly rewarding five-reel slot with 20 paylines. Players can potentially trigger unlimited free games with an ever-increasing multiplier until all four keys are found and doves have been released from their cages. Every dove released will increase the multiplier size.

Macarons are delicious meringue treats hailing from France, and now they have their very own five-reel slot game with 10 paylines. Complimenting the deliciousness is a Champagne wild symbol and an engagement ring acting as the bonus symbol. Romance in Paris is a distinct possibility with Macarons.

ICE Totally Gaming 2015 will be just the second time that Endorphina has attended the conference. On this occasion, the software developer is a lot more confident ahead of its showing.

Endorphina sales manager Jan Urbanec is eager to demonstrate that the company’s games provide “notable value for operators.” Meanwhile, marketing manager Stepanka Chmelarova is promising “delish goods” to compliment the “amazing games” at Endorphina’s ICE 2015 stand, which will be #N6-150.

Endorphina is a relatively new but experienced player in the development of online gambling software. The developer operates on the proviso of creating attractive content to promote feel-good gaming. Next to game development, Endorphina also specialises in delivering technical solutions.

ICE North America Not Only Lands, but Sets Up Major Headquarters

ICE 2017 Gets Creative with Marketing Campaign