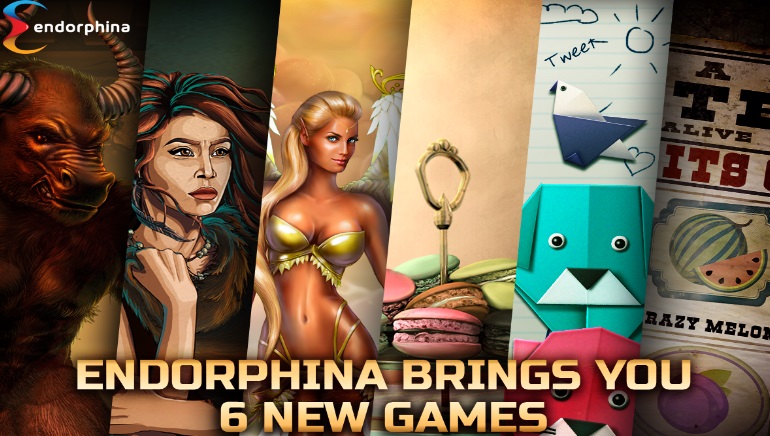 Watch out, NetEnt, Endorphina is coming to get you! Endorphina, the Czech-based online gaming software provider, just released six brand new slot games, all of which were well-received in their premier at ICE Totally Gaming.

Endorphina, the Czech-based online gaming software provider, released six brand spanking new slot games yesterday, and that is just the beginning. Endorphina Marketing Manager, Stepanka Chmelarova, has promised that in addition to the six new games, originally premiered at ICE Totally Gaming in February, there will be many more new releases later on in the year.

Macarons is a 5-reel, 10-line slot game based in Paris, and players will be whisked away on a romantic (and lucrative!) journey throughout the city. In this game, the Wild symbol is a bottle of champagne, and an engagement ring is the bonus.

Fairy Tale is every bit as whimsical as it sounds, but it also packs an adventure-filled punch, with its unlimited free games and growing multiplier. Fairy Tale includes a Free Spins feature, which only ends when the player finds 4 keys and lets all doves out of cages. This means that players can accumulate lots of cash and prizes, without putting in more money!

Origami was the biggest hit at ICE Totally Gaming, combining the beloved Japanese art with contemporary slot savviness. As Chmelarova said, "Origami just rocked it." The game has 10 lines, 5 reels and the origami cat symbol doles out additional multipliers.

Wild Fruits goes old school with its classic fruit symbols, but takes a reckless turn with symbols from the Wild West, putting the "Wild" into Wild Fruits!

Stone Age takes players back to the days when cave men roamed the earth and all things stone ruled! Stone Age is a great game for high rollers; it rewards 10 free games and a special expanding symbol when a player gets three Scatters on the screen.

Minotaurus is every bit as bold as the mythological Greek figure it is named for! With Wilds and Free Spins, Minotarus is an adventure that is both intriguing and profitable!

Year In Review For Endorphina