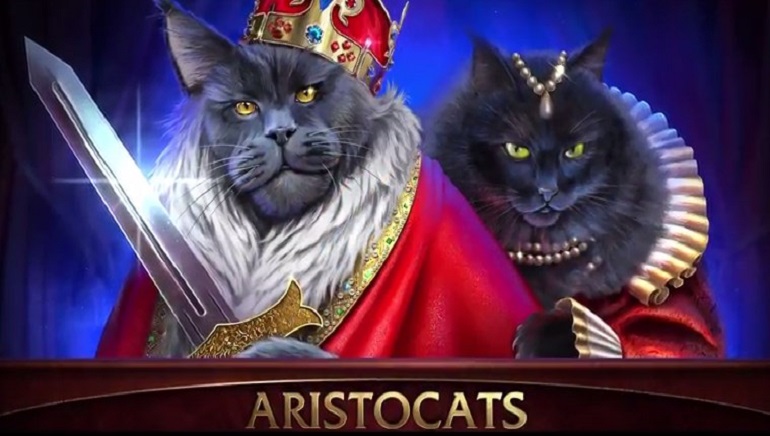 Visitors at the Berlin show had a chance to witness five real-life kittens at the Endorphina stand, freely playing and having fun, winning over hearts of many guests.

Czech developer Endorphina managed to quite literally steal the show at this year's EiG conference in Berlin. The Czech developer came up with a truly unique and outstanding way to promote their new Aristocat slot, bringing real-life kittens to the show floor.

All Eyes on Endorphina

Visitors at the Berlin Arena were pleasantly surprised when they encountered five kittens at Endorphina's stand, having fun and playing around as the part of the promotion for the new Aristocat slot. As the name suggests, this new game is all about cats, more specifically cat royalties ruling over their furry subjects, so what better way to grab the attention of the visitors than bringing with cute kittens and letting them do their thing.

Endorphina set everything up in cooperation with an animal shelter back in the Czech Republic, and the five kittens who became stars of the Berlin show were actually animals rescued from the streets that found a new home at the shelter.

Apart from promoting their new slot, the developer also tried to raise awareness for abandoned animals and collect as many donations for the cause. The plan worked better than expected, as many of those visiting the stand bonded with the kittens that acted as little ambassadors for their abandoned brethren back home.

Apart from having an opportunity to play and take photos with the kittens, Berlin visitors also had a chance to take an early peak into Endorphina's new slot, which is scheduled to be officially released at a later date.

The original presentation, combined with high-quality graphic features and interesting gameplay produced a great feedback from those who tried the slot out, so players can look forward to another exciting game in the near future.

The Czech developer has become known for always trying to stand out from the crowd and they certainly achieved that goal at this year's EiG show in Berlin, not only creating a lot of buzz for their upcoming slot, but also raising awareness for the problem of abandoned animals.