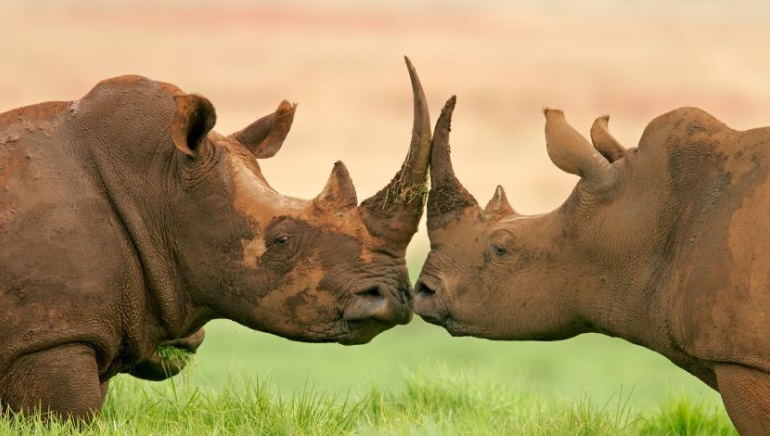 A triple load of new slot games released by Endorphina to welcome the New Year.

There are only a few days left in 2014 and Endorphina has taken the time to release three new slots to help celebrate the New Year. Endorphina has been at the forefront of casino game development and has been making moves to become one of the best in the business. With a new website and a long list of meticulously detailed games, Endorphina has once again raised the bar with a trinity of new slot games.

It’s time for an adventure with Endorphina’s new video slot. This 5-reel, 50 payline game is themed-after an African Safari and all the elements of a one-of-a-kind Safari in the African bush are on the reels. Lions, Elephants, Compasses, and Water Buffaloes spin lightning fast across the reels as a lucrative cash jackpot is up for grabs. The game includes a fabulous bonus game, which is triggered by three scatter symbols. There are also up to ten free spins available after the Book of Africa is open and the night drowns out the Safari sun.

This new slot is a retro hipster’s dream as it takes players back to the roots of the game with ultra-cool style. The 5-reel, 9-payline slot layout reminds players of the old days, but don’t think for a second that this game is outdated. The reels are beautifully designed and features symbols like cassette tapes, film, records, ghetto blasters and more. There is a fun bonus game that begins once three or more bonus symbols appear on an active line. The game is sure to be an instant classic and hits on a trend very popular with the gourmet coffee drinking and beard having hipster crowd.

The last of the trinity is themed-after everyone’s favorite Japanese food, Sushi! The Maki, Nigiri and Sashimi pieces of raw-fish are the basis for an excellent 3-reel, 5-payline video slot. The design of the individual pieces of Sushi look good enough to eat and you may find yourself ordering in from your favorite Sushi restaurant, while you spin the reels. You won’t be rolling sushi any longer, you’ll be spinning on Endorphina’s new game.

Hunt For Treasures With Mystery Of Eldorado Slot From Endorphina

Endorphina Visits The Apocalypse With Their New 100 Zombies Online Slot